World leaders to mark 100th anniversary of end of WWI 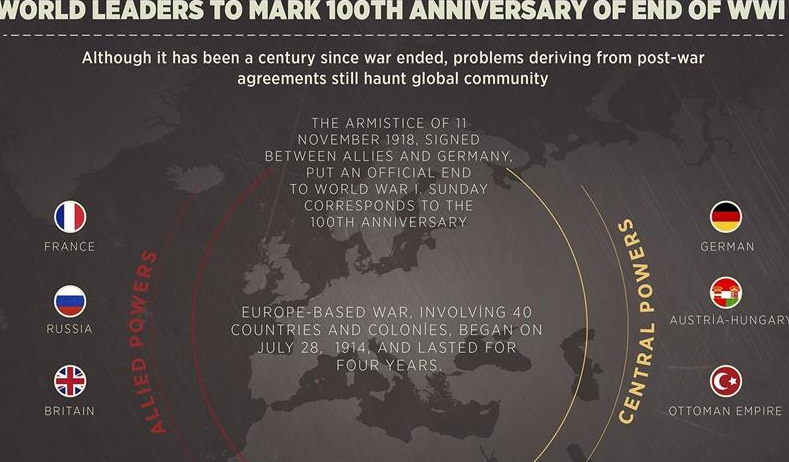 A century has passed since the end of World War I, known as the first global war in the history. However, the disputes originated from this period still continue to be a subject of debate among different countries.

The French capital Paris, under the host of the President Emmanuel Macron, is preparing to hold events marking the 100th anniversary of the end of World War I. The anniversary event, along with Paris Peace Forum, are going to be attended by more than 70 state and government heads.