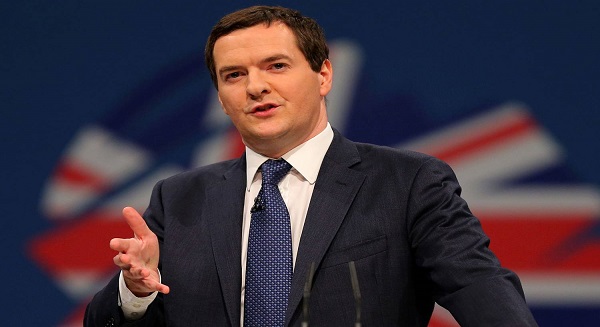 The UK’s economic recovery is “not yet secure”, Chancellor George Osborne has warned, ahead of next month’s Budget.

In a speech to business leaders in Hong Kong, Mr Osborne called for an increase in exports, but insisted the situation remained “unbalanced” and that cuts to the national debt had to continue.

The chancellor will deliver his Budget on 19 March, following a recent run of good economic news, with unemployment down and the revised growth forecast.

However, the Bank’s governor, Mark Carney, said the recovery so far had been “neither balanced nor sustainable” and required continued support.

Experts have raised concerns that improvements are too dependent on consumer spending.

The chancellor, who will attend a meeting of G20 finance ministers in Australia this weekend, echoed this note of caution in his speech.

He said: “Some in Britain might be tempted to say, ‘job done – let’s avoid more hard decisions’. “That would be a huge mistake. Abandon the plan and we abandon the progress we’ve made and go back to square one.”

He continued: “I said that we have to go on dealing with our debt and our deficit – and we have no choice but to do so.”

“The recovery is not yet secure and our economy is still too unbalanced.

“We cannot rely on consumers alone for our economic growth, as we did in previous decades. And we cannot put all our chips on the success of the City of London, as my predecessors did. Britain is not investing enough. Britain is not exporting enough.”

The chancellor said his Budget would support business investment and exports to lay foundations for “long-term economic security”.

It would ensure that “around the world, wherever you are, you can’t help but see ‘Made in Britain’. That’s the Budget I’m going to deliver,” he said.

Shadow Treasury minister Chris Leslie said: “George Osborne is finally recognising that the recovery, which he choked off in 2010, is still not secure or balanced.

“But he has not yet admitted that working people are facing a cost-of-living crisis and are £1,600 a year worse off since he became chancellor.

“We need action to secure a stronger recovery and earn our way to higher living standards for all.”