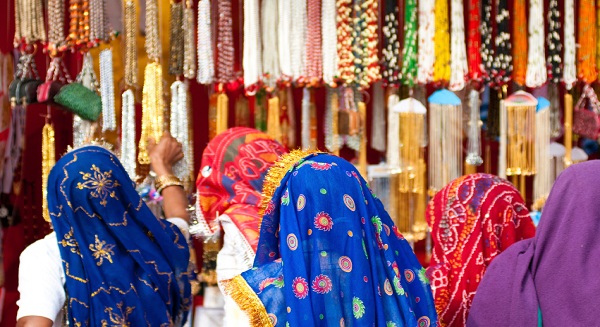 The UAE textile industry is not only the country’s largest trading sector after oil but it is also one of the biggest employment providers in the industrial sector, according to a UAE economic and trade expert.

The textile industry occupies an important place in the UAE economy as a whole and particularly in Dubai, because of its contribution to the industrial output, employment generation and foreign exchange earnings, adds Abu Ghazaleh.

Abu Ghazaleh revealed that home-grown garment brands were gaining greater popularity in the local market and abroad, and stressed that more aggressive marketing programs were needed to promote the country as a high quality clothes producer and incentivise key players in the industry.

Referring to men’s wear volumes, Abu Ghazaleh quoted latest reports to reveal that this segment had grown significantly from its initial figure of 16,250,000 units in 2006. He added that homegrown luxury brands were in high demand from brand conscious male consumers with high purchasing power.

Abu Ghazaleh added that UAE was strongly poised to be one of the world’s major textile and apparel markets.

He added: “The UAE textile industry has a diversified product portfolio. Some of the textiles produced in the country are car seats, tents and curtains, in addition to clothes. The knitted fabric is most in demand in UAE, accounting for around 49.7 per cent, followed by woven fabrics.”

According to the latest reports, The UAE’s textile and garment companies have improved and upgraded their raw material storage, packing and transport facilities for large-scale operations.

The UAE is also reputed for exports of garments, based on bulk import of textile and textile articles from China and India.

Both these markets constitute a major segment of the textile and textile imports since the cost of manufacturing is significantly lower in these countries due to the availability of cheaper labor and lower input costs. The UAE textile industry is likely to exhibit an encouraging growth with textile trade as a main driver. The industry foresees good profitability in import of textiles and textile articles and then re-exporting them.

Abu Ghazaleh said apparel brands are very strong due to their presence in premium shopping malls, as the UAE apparel industry has transformed from conventional outlets to large shopping malls and organised retail chains.

Meanwhile according to the International Trade Statistics 2013 report published by World Trade Organisation (WTO), the UAE was the 11th biggest importer of clothes in 2012, with total imports of $4 billion (Dhs14.7 billion) constituting 0.8 per cent of the world’s total imports. According to the same report, the figures represent a 13 per cent increase compared to 2011.

Abu Ghazaleh added: “Consumer spending is higher in the Gulf than in other parts of the world which is hopping up competition in the clothes industry and leave room for home grown brands.”

He pointed out that there was a substantial growth in designer apparel in the UAE in 2013. This growth was mainly driven by the huge increase in inbound tourists coming into Dubai on luxury shopping trips.