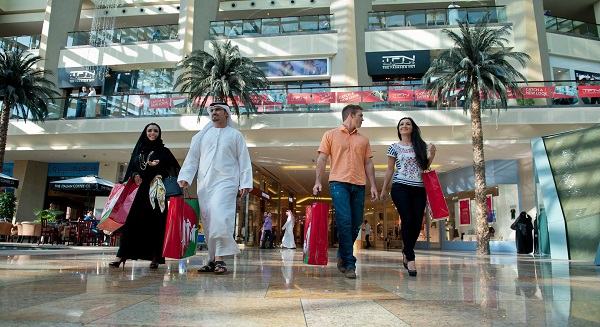 The retail sector in the UAE continues to grow at a steady pace and has now become one of the major contributors to the country’s economy following the high purchasing power that has been reflected in its massive family consumption.

The booming retail business is testimony of the newly opened Carrefour outlet at the refurbished Burjuman shopping mall in Bur Dubai. Carrefour is a large French hypermarket chain with stores operating in the UAE by the Majid Al Futtaim (MAF Group).

The new Carrefour hypermarket covers an area of 5,780 square metre and is the first store to open for business in the mall’s remodeled North Wing.

Hundreds of customers thronged the new facility on Thursday following the opening of the new hypermarket, with its spread of fresh food products and consumer durables. The new location aims to cater to the residential neighbourhoods of Bur Dubai and Karama Speaking to The Gulf Today immediately after the official opening, Leigh Regan, COO at BurJuman said that the presence of Carrefour at the newly refurbished mall marks the beginning of a new chapter for BurJuman.

“Carrefour will serve as a key anchor tenant for the mall and is expected to be a high-traffic addition to our retail mix, reinforcing our position as a key player in Dubai’s retail and entertainment scene,” he added. Work on the mall’s renovation began more than a year ago with plans to add a 14 screen VOX Cinemas complex and a new larger food court, in addition to the new hypermarket. Amongst the upgrades, one of the mall’s main exterior entrances has been completely redesigned and an al fresco dining area added at the ground level.

The renovated section of the mall will offer both large format and boutique-style stores from new and existing tenants, said the statement. BurJuman’s total retail area has increased in size.