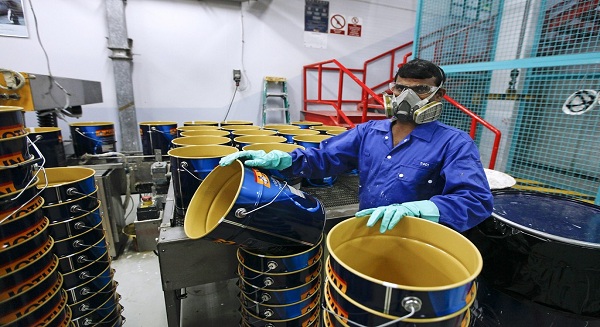 The UAE’s non-oil producing private sector companies reported sharp increases in output, new orders and new export orders, with the rates of growth for both output and new exports in June reaching their highest levels since the purchasing mangers’ index survey began in August 2009.

The UAE’s purchasing managers’ index (PMI) data for June signalled a further improvement in operating conditions at the UAE’s non-oil producing private sector companies. The headline index rose from 57.3 in May to 58.2 in June, just shy of April’s record-high and well above the long-run series average of 53.8.

The index, compiled by HSBC and Markit Economics is a composite indicator of UAE’s non-oil economy based on data compiled from purchasing executives in approximately 400 private sector companies in the UAE.

Purchasing activity increased further in June. Anecdotal evidence suggested that strong levels of sales and greater demand were the main reasons behind the expansion. Pre-production inventories accumulated as firms prepared to meet an expected rise in output requirements.

Growth in new export business was at a survey-record high during the month. More than 31 per cent of surveyed companies indicated an increase in foreign sales, with stronger levels of demand in neighbouring economies the primary factor behind the increase.

In line with rising output and new orders, companies continued to increase their payroll numbers in order to meet higher business requirements.

“The main driver for the higher PMI last month was record expansion in output/ business activity as well as export orders. The output sub-index rose to 63.3 as firms ramped up activity to meet new orders. The May PMI survey confirms our view that growth in the non-oil private sector is accelerating, and is likely to be the main driver of UAE growth this year,” said Khatija Haque, Head of MENA Research at Emirates NBD.

Overall input prices rose in June, with the rate of cost inflation picking up noticeably from May. Purchase prices increased sharply, with panellists stating that greater market demand and higher prices for some raw materials were the main inflationary pressures. Meanwhile, staff costs picked up only marginally.

Despite the rise in input costs, UAE non-oil private sector firms lowered their prices for the third month in a row in June. As was the case last month, strong market competition was pointed to as the main reason for the reduction.

“There is clear evidence in the data that on the back of strong growth, inflationary pressures are rising quickly, but for now, those pressures are being contained, leaving the UAE ending the first half of the year on its strongest footing in six years,” said Williams.