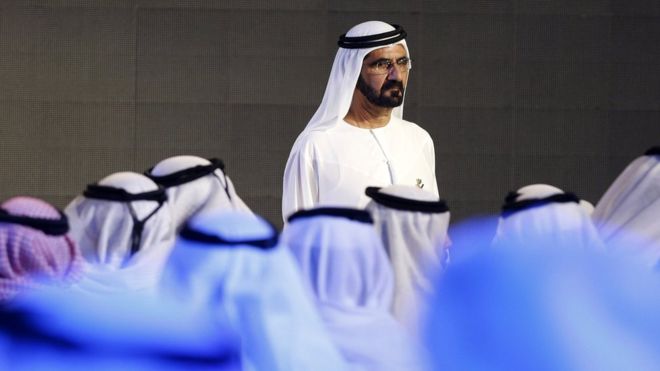 The UAE will soon have a Minister of State for Happiness with the mission to “channel policies and plans to achieve happier society”. Another new position, the Minister of Tolerance, will “inculcate tolerance as a fundamental value in the UAE.”

These positions are just two of the sweeping changes announced by His Highness Shaikh Mohammed bin Rashid Al Maktoum, Vice-President and Prime Minister of the UAE and Ruler of Dubai, in a series of tweets on Monday’s “Social Media Dialogue of the Future.” The President, His Highness Shaikh Khalifa bin Zayed Al Nahyan, approved a large-scale restructuring of the federal government. Shaikh Mohammed said that “in the new structure of Federalgovernment, we will have a road map for outsourcing most of the government services to the private sector”. “The new government is comprised of less ministries but more ministers handling national, strategic and dynamic files,” Shaikh Mohammed explained. “The Ministry of Education and the Ministry of Higher Education will be merged under one minister supported by two ministers of state.”

Additionally, Shaikh Mohammed noted that the mandate of the Ministry of Education has been extended to supervise “all levels from nurseries to higher education.””We have also established a higher council of education and human resources to lead a comprehensive change for the future generation,” he noted.

A new “UAE Youth Council” will bring together young men and women under the age of 22 to serve as government advisors on youth issues, while a new UAE Council of Scientists will “review national policy for science, technology and innovation.”