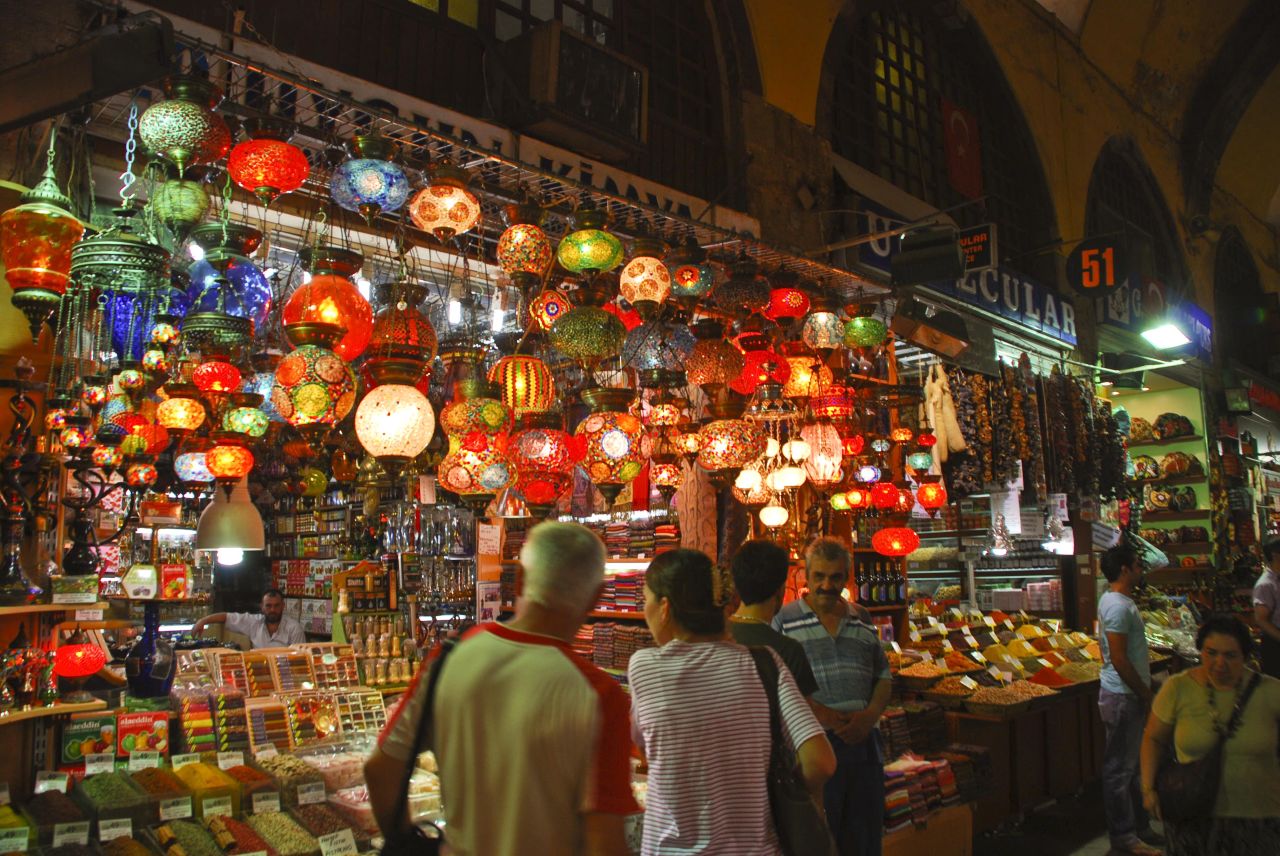 With its colorful traditional bazaars, tens of neighborhood markets, chic boutiques and a vast number of malls, Istanbul is one of the shopper’s heaven on earth. Either you are looking for clothes or a souvenir to bring back home, electronic appliences or cosmetics there are thousands of options to choose from. We listed the top 10 places to shop in Istanbul. 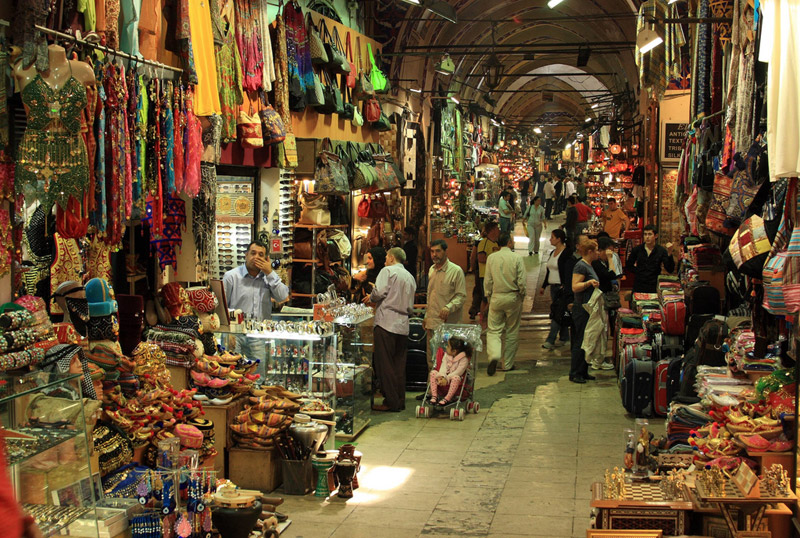 Grand Bazaar is no doubt tops the list. Located at the heart of the Old City, this colourful and chaotic bazaar’s hustle is going on for centuries . Built by order of Mehmet the Conqueror in 1461, the bazaar grew to cover a vast area in time and Grand Bazaar got its labyrinthine form that it retains today. In the past every street belonged to a different trade or craft and it served as an important center of commerce. Today, with the lost professions such as quilt and fez makers, knitters, and slipper makers remembered only in the names of the bazaar’s streets.

If you are planning to visit Grand Bazaar, allow yourself at least three hours. You can have coffee and tea breaks at the cafes inside the bazaar. Try to get out of the toursit track and discover  hidden hans and narrow laneways. 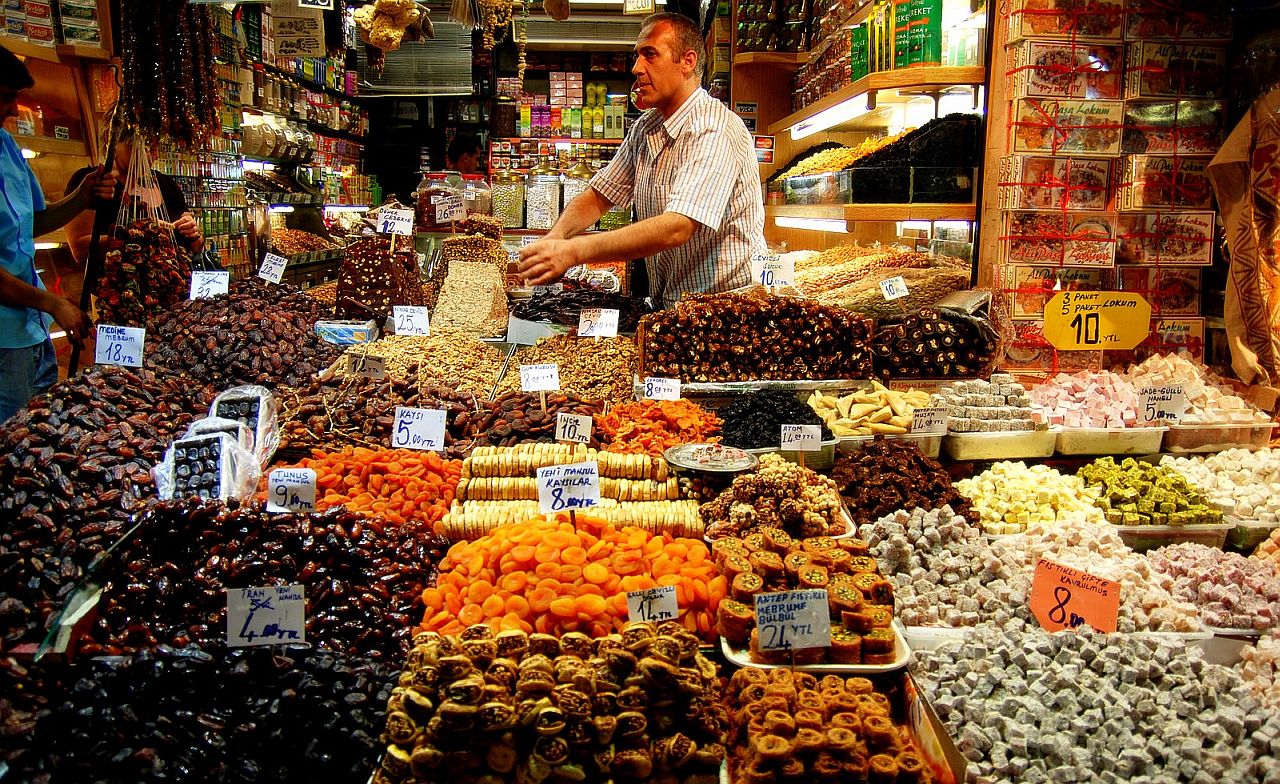 The Spice Bazaar (Turkish: Mısır Çarşı) was built in the 1660’s as part of the Yeni Mosque complex; rent from the shops supported the upkeep of the mosque as well as its charitable activities. The market’s Turkish name, the Mısır Çarşısı (Egyptian Market), references the fact that the building was initially endowed with taxes levied on goods imported from Egypt. In its heyday, the bazaar was the last stop for the camel caravans that travelled the Silk Routes from China, India and Persia.

During Ottoman times old medicinal remedies were prepared in the bazaar. Today traditional products such as spices, herbal teas, dried nuts and fruits, and Turkish delight are found next to jewelry, fabrics, cooking utensils and various souvenir items.

For decades the Spice Bazaar has been the spot for travelers to shop and explore amidst the color and excitement of this important landmark. 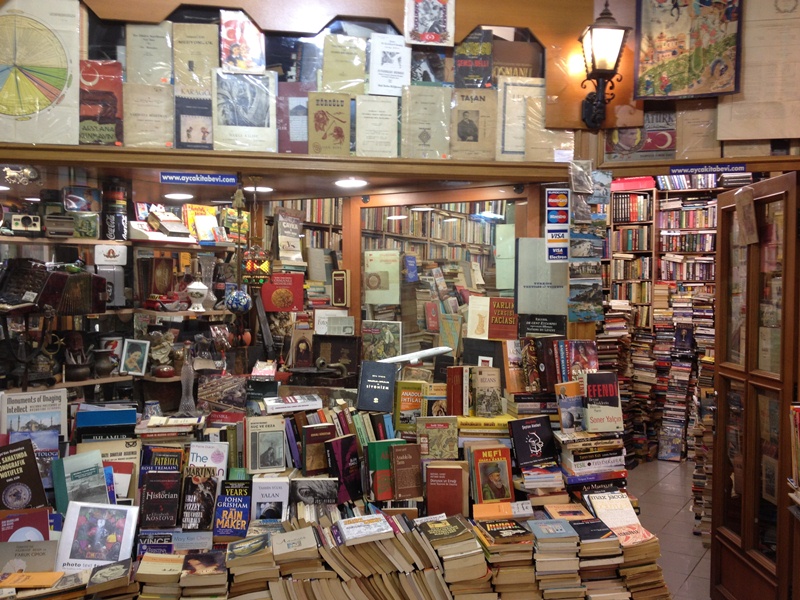 Located between the Grand Bazaar and Beyazit Mosque, under the shade of beautiful trees, the 15th-century market and its associated tea garden is a heaven for bookworms. A hub for poets, academics and authors in the mid-20th century the Sahaflar hosts 23 bookstores today. At the market you can find stationery, calligraphy materials, textbooks, novels and foreign and holy literature. 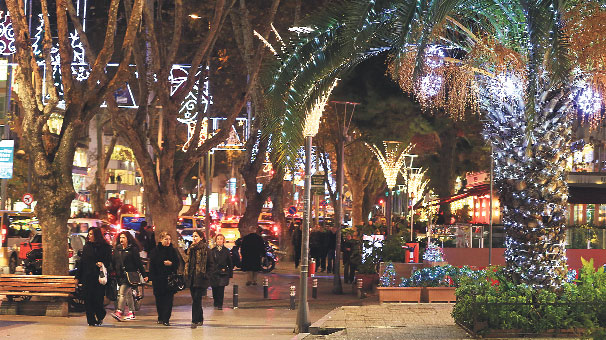 On the Asian side of the city the Bağdat Avenue is 14 km long street with shops, boutiques, cafes and restaurants. The first residential steps in the area were the luxurious wooden chalet mansions built after 1870’s whic some of them still exist today. You can track down most of the shopping malls and fashion stores in the direction westward between Suadiye, Şaşkınbakkal, Erenköy and Caddebostan neighborhoods. 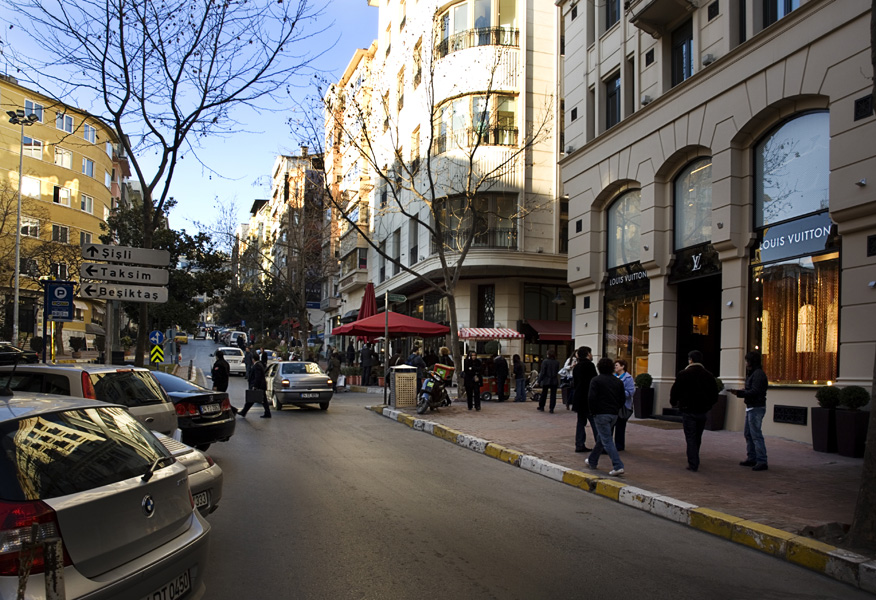 In the mid 19th century, Sultan Abdülmecid I initiated the decent living in Nişantaşı. Today, Nişantaşı has the third largest community of foreign residents in Istanbul. It is a fashionable shopping and an upper-scale residential area. Abdi İpekçi street hosts Turkish brands as well as world-known luxury retail stores such as Christian Louboutin, Louis Vuitton, Prada, Cartier, Dior, Gucci, Gianfranco Ferre, DKNY and many more. Besides shopping, Nişantaşı has become a well-known culture and art center and hosts many cafes and restaurants.

Located in one of İstanbul’s oldest districts, Beyoğlu, İstiklal Avenue has a quite long history. The street here started to be shaped during the Byzantine times and it has been one of İstanbul’s most important shopping destinations since the 19th century. The 1400 meters long İstiklal Avenue is full of people and keeps it liveliness round the clock and is home to both the international brands and the  passages Atlas, Aznavur, Hacopulo and Halep, where you can find everything from clothing to souvenir shops. The street leading down from Istiklal is the place to buy musical instruments, while stylish designer and concept shops are starting to take over Serdar-i Ekrem street leading down to Galata. You can find many Turkish nostalgic and home products whereas designer and second hand clothes. The area also hosts a number of cafes and restaurants. 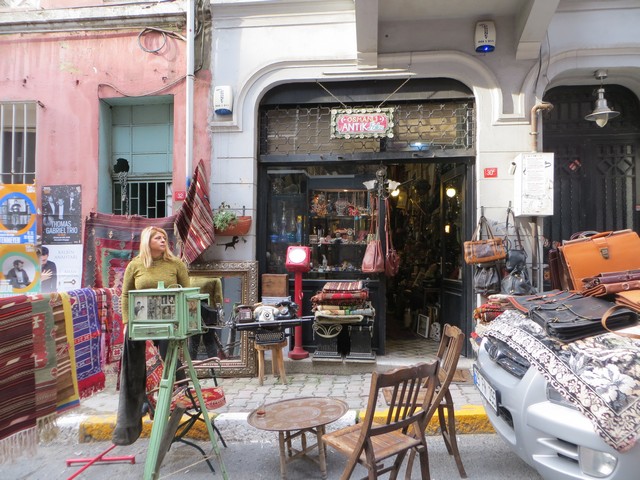 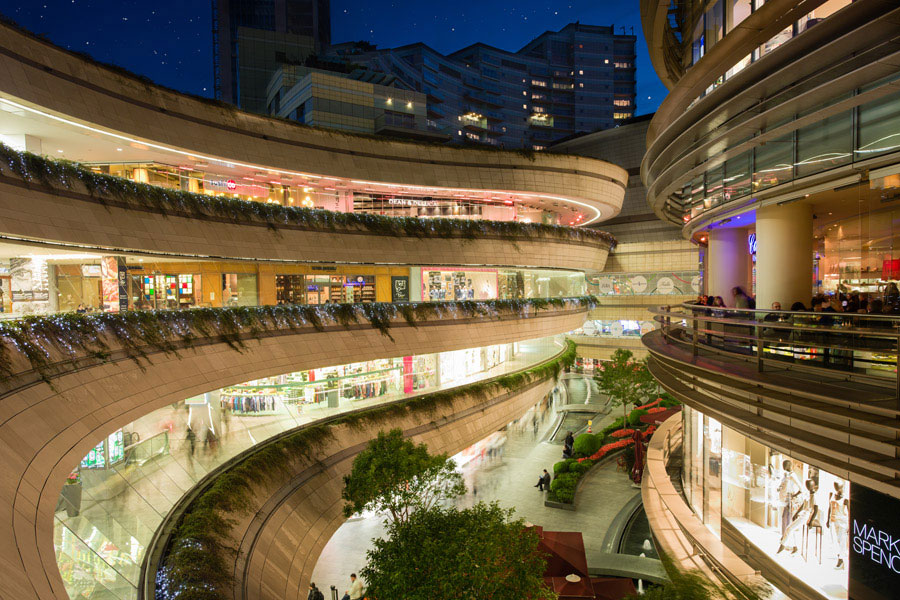 Located in the financial district of Levent, this four-storey shopping center hosts 160 stores among which Turkey’s and the world’s most selected brands, gourmet restaurants, cafes, a health and sports club and movie halls. Kanyon was awarded with the 2006 Cityscape Architectural Review Award in the “Commercial Built” category.
http://www.kanyon.com.tr

Located in the Istinye neighborhood of the Sarıyer district, Istinye Park  offers a variety of outdoor and glass roofed indoor sections such as a green central park, Fashion District, street side shopping, a kids’ entertainment center of 1.500 sqm, Hillside Sports and Leisure Club, The Bazaar — an area inspired by historical Turkish architecture — and 12 movie halls, one of which being IMAX 3D.
http://www.istinyepark.com

Whatever you may need, you can almost bet on it that you can find it in Forum Istanbul. Built on an enormous area of 495.000 sq meters, the shopping center made its debut in 2009. About 8.000 sq meters of it is occupied by Turkey’s first gigantic aquarium Turkuazoo and the first ice museum, Magic Ice.