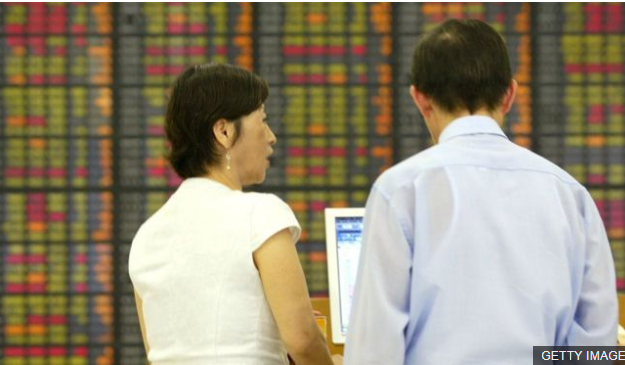 It was the best finish for the index since 1996 and follows fresh record highs on Wall Street overnight.

The Nikkei has rebounded from below the 15,000 level hit in June last year after the Brexit vote shook confidence on global markets.

Investors have ploughed back into shares following the election of US President Donald Trump, and his big spending plans and the promise of tax cuts. The three major US indicies – the Dow, Nasdaq and S&P 500 – reached fresh highs on Tuesday.

For Japan, more gains could be in sight with healthy corporate profits expected during results season this month.

The world’s third-largest economy has been picking up steam, notching its longest string of quarterly gains in a decade.

Japan has benefited from rising exports – including smart phones and memory chips – while investment tied to the Tokyo 2020 Olympics has also given its economy a boost.

On Tuesday, the International Monetary Fund raised its global economic outlook for Japan. It now expects 1.5% GDP growth in 2017, and 0.7% the following year following a rise in exports and consumer spending.

That’s up from earlier projections for 1.3% and 0.6% respectively.

Despite breaching a two-decade high, not all stocks fared well in Japan on Wednesday.

One of the country’s largest steelmakers, Kobe Steel, plunged again, with shares tumbling 36% in two days in the wake of a scandal over the fabrication of data concerning the quality of its products.