Saudi economy positioned for a cyclical rebound07 September 2014Next 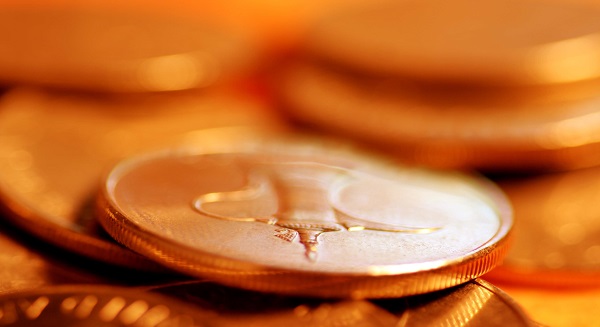 Global primary sukuk market activity remained moderate in the month of August as a total of USD7.54bln worth of new sukuk were issued, representing a 5.0% decline compared to the USD7.95bln issued last month. The volumes in July and August have remained subdued compared to the almost USD11.6bln worth of new sukuk issued in June. The reduction in issuances in the last two months is on account of two reasons: (1) the advent of the Islamic month of Ramadan in July; and (2) the summer spell in the GCC markets. In the past, it has been observed that investor activity in the GCC, which is the key marketplace for international sukuk subscriptions, has remained minimal on these two occasions. As a result, the primary market has mainly been driven by the sovereign and government-related entity issuers in the last two months accounting for approximately 93.3% market volume in August (July: 85.4%; June: 54.7%).

Overall, the global primary market volume has reached USD80.35bln in eight months ended August 2014 (8M14), 6.8% higher than the USD75.23bln volume in 8M13. Despite a decline in issuances in the two months June and July, sovereign and quasi-sovereign issuers, in particular from Malaysia, have steered the market to ensure 2014’s annual issuances to date remain on track to overcome last year’s annual issuances volume of USD119.7bln. A strong pipeline waits in the remaining months of 2014 including debut sovereign issuances by the AAA-rated jurisdictions of Luxembourg and Hong Kong and also by the Emirate of Sharjah and the Sultanate of Oman.

Analysing by the country of sukuk origination, the primary market activity was heavily concentrated in Malaysia which accounted for 92.3% or USD6.96bln of the total new issuances in August (Jul-14: USD6.41 or 80.6%; Jun-14: USD6.1bln or 52.8%). The Malaysian market share has proportionately surged given the absence of issuances from the GCC region. During August, the only GCC-based issuances were by the Central Bank of Bahrain which raised USD149mln or 2.0% market share through its regular local currency liquidity management Sukuk al-Salam. Similarly, liquidity management sukuk were also issued in Gambia and Turkey.
All issuers in August issued sukuks denominated in the respective local currencies of their domiciles. The only exception was the multilateral IILM, which issued in US Dollars. Based on this, the Malaysian Ringgit accounted for bulk of the issuances, representing 83.4% of the total market (Jul: 69.8%). The US Dollar was the second major currency accounting for 10.5% of the total market share (Jul: 23.4%). The market shares of the remaining currencies were as follows: Indonesian Rupiah 3.25%; Bahraini Dinar 2.0%; Turkish Lira 0.9% and the Gambian Dalasi 0.03%.

By structure of issuances, the market share of Murabahah sukuk increased to 74.0% in August (Jul-14: 63.3%; Jun-14: 50.6%) while that of Ijarah declined to 4.9% (Jul-14: 6.5%; Jun-14: 13.8%). Moreover, none of the sukuks issued in August (and even in July) were structured as hybrids/combination (Jun-14: 18%). The change is mainly on account of an absence of GCC-based sukuk issuers in the months of July and August as the Ijarah and hybrid sukuk structures are popular in the GCC. In contrast, Murabahah is the most popular sukuk structure among Malaysian issuers that accounted for bulk of the sukuk issuances in July and August.

Moving forward, a strong pipeline remains in place for the rest of 2014. Particularly in the sovereign sukuk sector, debut pipeline issuances include the likes of Luxembourg, Hong Kong, the Emirate of Sharjah and also potentially the Sultanate of Oman. The horizons of the sukuk market continue expanding as more and more jurisdictions tap the market with an increased number of business sectors issuing sukuk. To date, at least 29 jurisdictions have tapped the sukuk market (excluding offshore domiciles) and more are expected to follow suit, particularly in Africa following Senegal’s successful debut sovereign sukuk programme in July. Overall, based on 2014’s performance so far, the outlook for the global sukuk market remains promising and it is expected that this year’s annual issuances volume may overtake 2013’s annual volume of USD119.7bln.