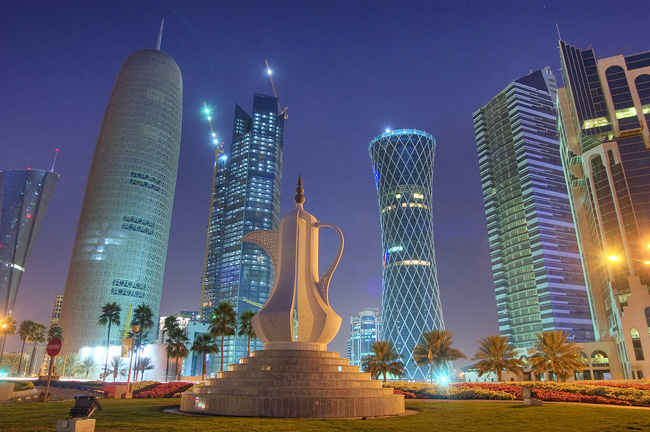 Standard & Poor’s Ratings Services affirmed its long- and short-term foreign and local currency sovereign credit ratings on the State of Qatar at ‘AA/A-1+’ on 11 October 2013. The outlook is stable.

The agency also affirmed other ratings in line with the rating on Qatar. These include the ‘AA’ long-term senior unsecured debt rating on the bonds issued by Qatari Diar Finance Q.S.C and SoQ Sukuk A Q.S.C.

The ratings on Qatar reflect S&P’s view of its high economic wealth and strong fiscal and external balance sheets. The ratings are constrained by limited monetary policy flexibility, still-nascent public institutions, and limited disclosure, particularly with respect to government assets and investment income.

S&P said, “Qatar is one of the wealthiest economies we rate, with GDP per capita estimated at $94,000 in 2013. We estimate ‘trend’ growth, which we define in our criteria as a weighted 10-year average of real GDP per capita growth, at around -0.3%. Real GDP has contracted on a per capita basis in several of the past five years, but nominal GDP has expanded by 20% on average and may be a better indicator of prosperity in a resource-based economy. We project population growth to average around 6% per year until 2016.

“In our view, Qatar’s high wealth levels mean that its relatively weak economic growth performance is not an immediate concern for the ratings. However, over the medium term, Qatar’s economic risk position could deteriorate relative to faster-growing economies.

“Our forecasts are affected by our expectations regarding oil and gas exports, which accounted for about 90% of Qatar’s total exports in 2012. Our base-case scenario assumes that oil prices will remain high over the medium term at about $110 per barrel. We assume that oil production will decline as output from maturing fields contracts. We expect an average annual decline in crude oil production of 6% over 2013-2016. Gas output (liquefied natural gas and natural gas) and condensates are projected to grow by 3% and 2%, respectively, over the same period.

“The government’s 2011-2016 national development strategy envisages gross investment of about 25% of GDP over the period, of which the government is likely to take the lion’s share. As a result, slowing the growth in expenditure could prove challenging to achieve. The government’s capital expenditure was below the targeted 9% of GDP in the fiscal year ending March 2013, at 6% of GDP, but is budgeted to increase sharply to 10% of GDP in the current fiscal year. Including our estimate of investment returns at the Qatar Investment Authority, we expect Qatar to post general government surpluses averaging 8% of GDP over the period to 2016.

“Alongside government investments funded through the budget, public enterprise and private sector spending on the national development strategy is likely to be funded by borrowing from financial institutions. This may cause banks’ net external liability positions to widen, and their loan-to-deposit ratios to increase. That said, in the first half of 2013, increased public sector deposits on banks’ balance sheets have lowered banks’ reliance on external funding.