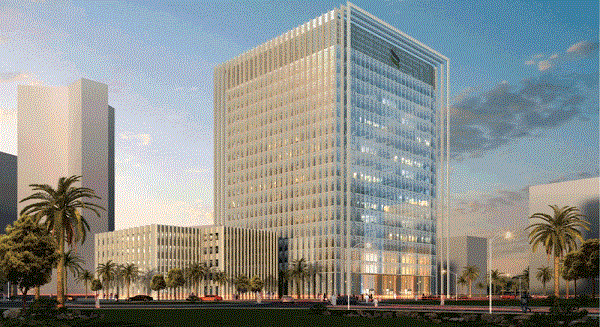 Standard Chartered Bank is positive and optimistic for the UAE banking sector and property market, its chief executive officer for the UAE Mohsin Nathani told reporters on Tuesday.

Nathani discussed the bank’s financial performance for the first half of 2014 and expectation about the second half of the year in the UAE, in addition to sharing his views and thoughts on the banking industry. It was his first interaction with select UAE media after taking over charge as the new CEO in February. He said that the UAE market is very important for the bank as it is among top five markets globally in terms of revenues. The bank operates in more than 70 countries.

Talking about the bank’s financial result for the first six months, he said the five per cent decline in profit wasn’t a surprise for the bank and it was in line with the bank’s expectations.

Citing reasons, he said: “Due to margin compression, we see a drop in revenues.” Globally, the bank reported $9.26 billion in income last week. In the UAE, its operating profits declined by six per cent to $289 million.

Responding a question about the bank’s expectation for the second half, the chief executive said: “At least in line with H1, if not better.”

“It can be similar or slightly down compared to last year.”

Nathani said trade finance is a very important product for the bank and it will continue to compete in this segment. The market is very competitive because of margin compression, he said, adding: “Margin compression usually doesn’t last too long, maybe six to nine months.” He welcomed the new regulations issued by the Central Bank of the UAE for the betterment of the industry, especially for the property market. “Our view is generally positive on the outlook over there,” he said for the property market. Citing an example of the property market at its peak time in 2007, he said: “We are seeing a more robust market this time.”

He appreciated the measures taken by the central bank for the property market. The increase in the transfer fee by the Dubai Land Department is another important step, he added. Regarding debt restructuring, he said that overall credit portfolios of banks are good and they are comfortable. “It’s not a worrying sign for the banking industry anyway,” he emphasised.

On Islamic banking, he said it is growing very rapidly in the UAE and globally, Nathani responded to Khaleej Times. Growth rates are higher than conventional banking in the UAE and globally. “We have a fairly strong position [in this segment]. It contributes 10-15 per cent of our total revenues and we expect this contribution will increase.”