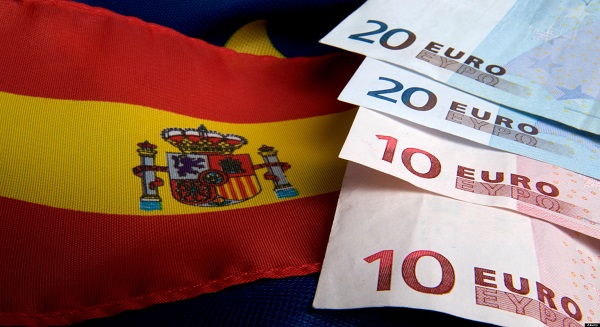 Spain’s economy grew for a second straight quarter in the final three months of 2013, data showed, as the economy minister highlighted challenges ahead, notably bringing down the country’s high unemployment rate.

The economy grew 0.3 percent on a quarterly basis, up from 0.1 percent expansion in the previous quarter, Thursday’s National Statistics Institute (INE) data showed.

That was in line with forecasts by economists polled by Reuters and by the Bank of Spain.

On an annual basis, the economy shrank by 0.1 percent, a narrower contraction than the 1.1 percent of the previous quarter and also in line with economists’ expectations.

Signs of a recovery in domestic demand, which shrank at slower pace between October and December than previous quarters, and growing exports helped lift the economy at the end of 2013, INE said.

Spain’s economy has been in and out of recession since a property bubble burst six years ago, gutting domestic demand and sending unemployment soaring to record highs. However, the number of people without jobs fell at the end of 2013 from a year earlier, the first annualized drop in six years.

“These are positive elements which, to some extent, show we’ve left the recession behind, but we still have a great deal to do. The path ahead is full of obstacles which, above all, includes an unemployment rate of 26 percent,” Economy Minister Luis de Guindos said during a radio interview on Thursday.

Stronger-than-expected economic data in the second half of last year prompted economists to raise their growth forecasts for 2014, with Guindos saying earlier this week he expected growth of around 1 percent this year, up from the official 0.7 percent target.

In 2013, the economy contracted by 1.2 percent from a year earlier after shrinking 1.6 percent in 2012, INE reported. Final data with a breakdown of fourth quarter gross domestic product will be published February 27.