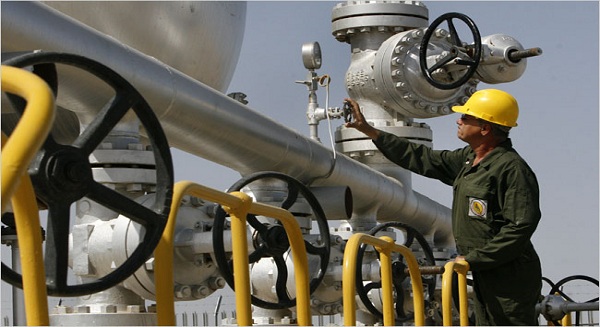 Saudi Arabia and Kuwait believe that the global oil market looks balanced and prices are suitable for producers and consumers, indicating that the Organization of the Petroleum Exporting Countries will maintain its output ceiling when it meets here today (Wednesday).

Saudi Arabia’s Oil Minister Ali Al-Naimi said that oil markets are balanced and OPEC is unlikely to make any new decision on the market situation when it meets Wednesday, SPA reported Tuesday.

The market is balanced in terms of supply and demand as well as inventories, while oil prices are suitable for consumers and producers, SPA quoted Naimi as saying.

Kuwait Oil Minister Ali Saleh Al-Omair said oil prices are currently at a comfortable level and are likely to stabilize, while demand is seen rising in the second half of this year.

“There are expectations for higher demand in the second half of this year, but it’s important for OPEC to maintain its (production ceiling),” he told reporters in Vienna. Oil prices extended their gains Tuesday.

US benchmark West Texas Intermediate (WTI) for July gained 36 cents to $104.77 a barrel and Brent North Sea crude was up 18 cents to $110.17 for its July contract in London afternoon trading.

Meanwhile, the United States produced enough energy to satisfy 84 percent of its needs in 2013, a rapid climb from its historic low in 2005, according to a federal report.

The country produced 81.7 quadrillion British thermal units of energy last year and consumed 97.5 quadrillion, the Energy Information Administration (EIA), the statistical arm of the Department of Energy said in the report released Monday.

The country’s energy output rose 18 percent from 2005 to 2013, thanks to a boom in the unconventional shale sector. Meanwhile, its total energy consumption fell 2.7 percent during that period.

The nation’s ability to meet its own energy needs hit an all-time low of 69 percent in 2005.

Since 2007, the United States has seen a dynamic transformation in oil and gas development, spurred by hydraulic fracturing of dense rock formations, a new technology used in drilling shale wells.

The EIA said the country pumped an average of 7.84 million barrels of crude oil per day at the end of last year, more than 10 percent of total world production.