English
PrevHand in hand for a better, safer, and more peaceful world10 February 2014Next

Saudi firms to take part in ME Electricity Exhibition in Dubai 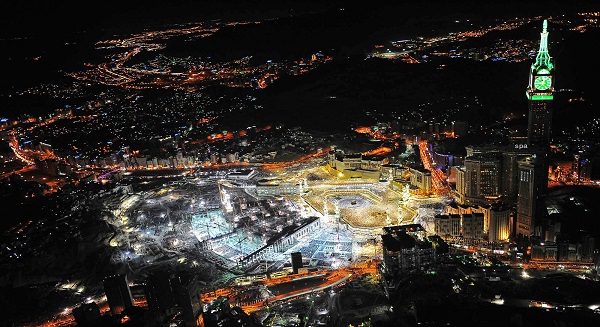 Saudi Arabia, represented by Saudi Export Development Authority (SEDA), will join the activities at the Middle East Electricity Exhibition, scheduled to kick off Tuesday in Dubai.

Some 40 Saudi specialized firms will also take part in the three-day event (Feb. 11-13) through the pavilion supervised by the SEDA, Saudi Press Agency said.

Commenting on the event, Secretary General of SEDA Ahmed Al-Huqbani said SEDA was keen to join the event as it gave special importance to electric firms and acted as a platform to open and expand channels of communication with their current and potential customers in the region.

SEDA is seeking to enable Saudi plants to have a (good) share of the booming electric sector in the GCC and Middle East region through their participation in the exhibition, he said.

SEDA also wants to help Saudi companies open new markets for their products as part of the SEDA’s role in supporting small and medium enterprises (SMEs), he added.

The number of electric items reached 201 by the end of 2013 with government funds provided to those companies totaling some SR15.5 billion, the SPA report said quoting data released by the Ministry of Commerce and Industry.

Meanwhile, the Ministry of Commerce and Industry has issued 15 new licenses by the end of 2013 with their funds reaching SR392.5 million.

On the other hand, organizers say the exhibition provides a platform for networking, business development, learning and debating key subjects in the power, lighting, nuclear, new and renewable industries. Some 20,000 visitors are expected to show up.

According to the organizers, the 2013 edition attracted 1,085 exhibitors from 54 countries and over 18,000 visitors from 114 countries. As an ideal platform to reach the Middle East region and the surrounding Africa and Asia regions, the 2014 exhibition stands to increase in both size and number creating a gateway for companies to promote their business.