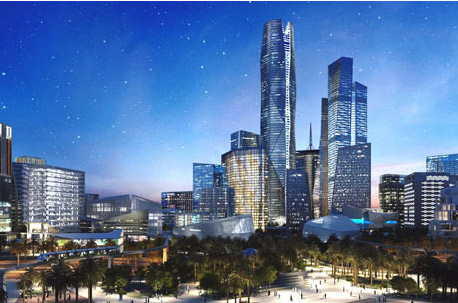 The Riyadh Walk project will span 13.7 hectares in the kingdom’s capital. The development will also include a 650 metre facade.

The project will be situated on the northern ring road of Riyadh, 3km west of King Abdullah Financial City, in the Al Nakheel neighbourhood.

The lifestyle centre will be similar to The Grove in Los Angeles, allowing residents and visitors to enjoy an open-air mall experience.

A boutique hotel, offices, recreational and cultural areas, and a walking area have also been incorporated in the project’s design.

“This project is a prosperous addition to the real estate market, one of the fastest growing sectors in the Kingdom and a major contributor to national economic growth, in light of the new economic diversification strategy adopted by the Saudi government under the guidance of Custodian of the Two Holy Mosques King Salman,” Al Haza said.

“In addition to its real estate value and its vital location in the north of the capital, this project is a valuable addition to the retail, offices and hospitality markets.”