GCC e-Govt portal to be launched next year06 September 2014Next 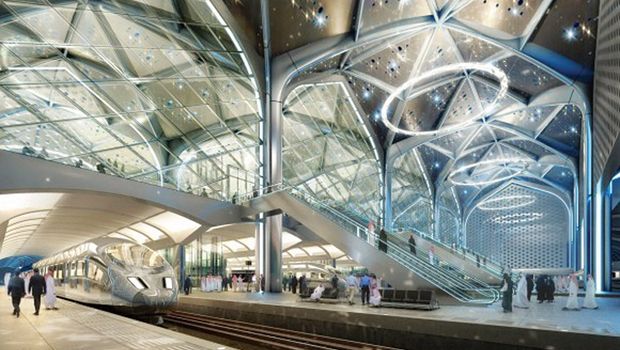 Saudi Railways Organization (SRO) President Mohamed Khalid Al-Suwaiket has signed a contract for SR6,000,621 with Spanish consortiums headed by Consultrans Company to study options for a high-speed line between Riyadh and Dammam with a design speed of 350 km/h to enable trains to operate at 300 km/h.

Commenting on signing the contract, Al-Suwaiket said that the 10-month contract will include the traffic movement study between the two cities and determine the line comparing with existing main line as well as the preliminary technical description of the infrastructure for the project. It will also include the trainsets to be used for this high-speed line and the estimation of the financial cost of the overall project and the expected revenues.

Al-Suwaiket added that the contract comes within the development plans adopted by the SRO during this stage to raise the level of services provided to meet the growing demand for transportation services by train. This has taken advantage of the technical development and world’s pioneering experience in the rail industry.

The new line aims to shorten the journey time of one and a half hours, which means that the use of high-speed line will represent a quantum leap for the services provided by the SRO and will have a positive impact in increasing the number of train users between Riyadh and Dammam, emphasizing the advantages of using the trains in terms of safety and security. Al-Suwaiket pointed out that the signing of the contract will not affect the parallel plans made by SRO at the current phase to reduce the journey time between Dammam and Riyadh, which remains three hours. It is possible under the potentials and technologies available in the new trains used until the introduction of the high-speed line trains.

He added that the SRO is planning to take advantage of the high-speed line technology to keep up with the development plans carried out recently, particularly the projects related to the development of its main activity represented in transporting passengers and cargo. This will contribute to improve performance and raise the level of quality in the transport sector to advance the development in all sectors.