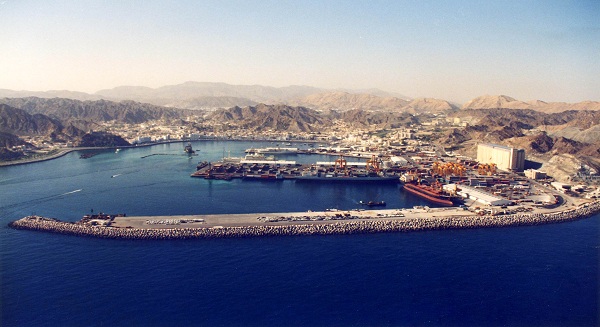 The relocation of all commercial traffic from Muscat to Sohar port has encountered some short-term operational difficulties, but the port authorities are confident that the long-term success of the move has not been compromised, said Sohar Industrial Port Company chief executive officer Andre Toet.

He also noted that valuable lessons have been learnt ahead of the deadline for shipping companies to cease commercial cargo operations at Muscat’s 40 year-old port, which is scheduled for the end of August.

“We have invested all our efforts into making sure we are prepared for the transfer of traffic from Muscat, but it seems there are still certain misalignments in the overall supply chain and inconsistencies in clearing practices when compared to those in the capital. The container terminal has also been affected by a premature peak in cargo volumes due to shipping lines moving earlier than expected,” said Toet.

“This has been compounded by slowdown of container yard operations as well as outflow of containers during Ramadan and Eid holidays although the port remained fully operational 24/7 during this period. To counter these effects Oman International Container Terminal (OICT) is deploying additional staff and equipment which will help alleviate delays and congestion during this transitional phase. We have learned lessons that I believe will be important in cementing our position as a gateway for global trade” he added.

Despite these issues, Toet said the Port Authority is committed to seeing all issues in the supply chain ironed out as soon as possible, especially those directly impacting consignees and the shipping community locally and globally.

The Port Authority, with the valuable support of the Ministry of Transport and Communications and Royal Oman Police, is exerting all efforts in bringing stakeholders together to discuss and agree ways to overcome current migration matters.

All these efforts have resulted in putting interim measures to deal with the transition phase including truck traffic management, accelerated gate and payment processes, and efforts to reduce inspection times, and Toet revealed that staff at the Oman International Container Terminal is working round the clock to restore normal operations.

“The minister of transport and communications is personally following up the situation and has been a tremendous source of support in the meetings we have held with terminal operators, shipping agents, importers and exporters. During meetings with various stakeholders we have been given assurances that normal operations will be restored in a matter of weeks, and I expect current issues be substantially resolved by the deadline date of Muscat cargo operations.

“We are confident of OICT’s ability to offer very soon superior services as depicted by the international brand of Hutchison Whampoa which is managing the container terminal in Sohar and the largest independent container terminal operator worldwide. Hutchison is already operating the Sohar terminal on a 24/7 basis so that customers can drop off or pick up their containers at any time day or night.

“It is unfortunate that this situation has arisen, and I would like to thank all of our customers for the dignified manner in which they are responding to this migration. I would like to urge customers to get in touch with OICT’s hotline and Customer Service Department for queries related to their containers or to contact our one-stop-shop Customer Service Department at SOHAR Port & Freezone. The details are available online at each respective website”