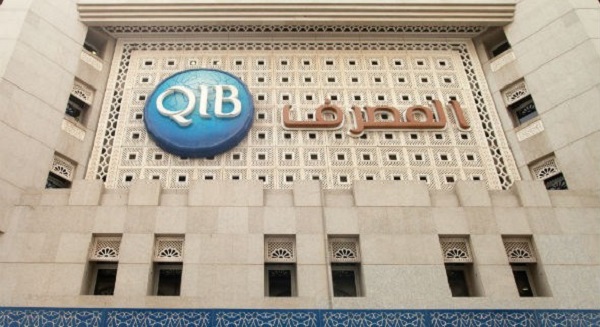 Islamic banks in Qatar are gaining strength, with sharia-compliant lenders outperforming their conventional counterparts in many areas during 2013, despite the confines of an increasingly competitive market.

Data issued by the Qatar Central Bank (QCB) showed that the combined assets of the country’s four Islamic banks had topped $56bn by the end of September 2013, equivalent to almost one third of those held by the eight conventional lenders and up from 13% in 2006.

The segment also posted better results than the overall banking sector when it came to compound annual growth rates for domestic loans (46% ahead of 31%) and resident deposits (40% compared to 23%) between 2006 and 2012.

However, faced with market limitations and increased competition, Islamic lenders may well have to follow in the footsteps of their conventional peers and seek out other means of driving growth, including international expansion.

Bright prospects
A report issued by ratings agency Standard & Poor’s (S&P) in January said Qatar’s Islamic banks would build on their already sizeable base and further increase their market share. In its Islamic finance outlook for 2014, S&P described prospects for both the sharia-compliant banking sector and conventional lenders as bright for the coming two years.

“Like their conventional peers in Qatar, the Islamic banks operate with a relatively low operating cost base and low levels of credit losses, which support healthy returns on assets,” the report said. It added that bank growth should also be supported by high state spending on infrastructure projects.

As Qatar’s Islamic banks strengthen their position within the industry, several conventional lenders have seen their market share diminish, particularly in retail lending, where competition is stiff, according to S&P.

Banks are competing for a limited pool of retail business – Qatar’s bankable population remains relatively small, partly due to the high number of foreign workers living in the country. Although the population rose 11% in 2013 to reach 2m, the international workforce accounted for at least 85% of the total figure.

Seeking growth
The S&P report suggests that the search for growth could lead to Qatar’s Islamic lenders following in the footsteps of conventional banks by tapping opportunities for growth abroad. “We see a possibility of Qatar’s Islamic banks taking a similar approach in the long term, once the credit growth in the country slows to visibly lower levels,” S&P said. Islamic lenders have already begun looking for new ways of expanding. In January, Masraf Al Rayan, ranked second in the segment by assets, acquired the Islamic Bank of Britain, formerly majority-owned by the QIIB.

Qatar’s newest Islamic bank, Barwa, which opened in 2009, meanwhile announced plans last year to go public. As the smallest of the four Islamic lenders, the float was seen as a means of raising capital that would support the bank’s efforts to compete more effectively.

Details of the IPO have yet to be released, while the bank’s ownership profile is also set to change. Barwa Real Estate (BRE) announced on January 20 that it had struck a deal to sell its holdings in Barwa Bank to Qatari Diar, the property arm of the state’s sovereign wealth fund, the Qatar Investment Authority (QIA). BRE currently holds a 37.4% stake in Barwa Bank, valued at $656m. The sale, which has yet to be given the go-ahead by the authorities, would see the QIA gain a near majority of the bank’s shares, since its main investment arm, Qatar Holding, already has a 12.1% interest in the lender. It remains unclear how the sale will affect the bank’s plans to go public