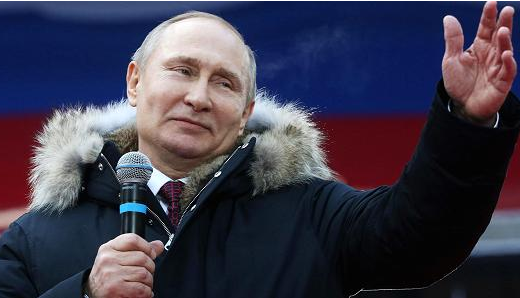 There had been no doubt that Putin would win in his fourth electoral contest; he faced seven minor candidates and his most prominent foe was blocked from the ballot.

His only real challenge was to run up the tally so high that he could claim an indisputable mandate.

With ballots from 80 percent of Russia’s precincts counted by early Monday, Putin had amassed 76 percent of the vote. Observers and individual voters reported widespread violations including ballot-box stuffing and forced voting, but the claims are unlikely to dilute the power of Russia’s longest-serving leader since Josef Stalin.
0 Likes