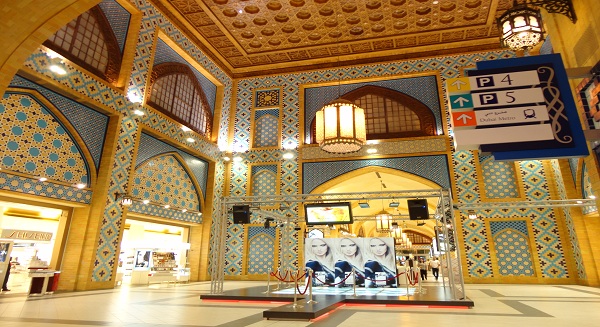 Nakheel is gearing up for its busiest season on record at its flagship Ibn Battuta Mall, where a world of entertainment, promotions and prizes awaits visitors throughout Dubai Summer Surprises 2014.

Nakheel is sponsoring this year’s DSS – from 2 August until5 September – with a diverse range of attractions including live TV broadcasts on Sama Dubai, roaming entertainment, an art exhibition and other events featuring a life-size Modhesh, and live showings of Adventure Time, the popular animated programme aired by Cartoon Network.

Visitor also have the chance to “Spin & Win” at Ibn Battuta, with six BMW cars and vouchers worth AED500,000up for grabs. In addition, Dhs60,000 in vouchers from of the mall’s retailers can be won through the Sama Dubai promotion.

Omar Khoory, Director of Nakheel Retail, said: “Nakheel is delighted to support this year’s Eid in Dubai and Dubai Summer Surprises. Ibn Battuta is preparing to welcome hundreds of thousands of visitors who will experience unrivalled shopping, entertainment and promotions throughout the event.

“We look forward to a successful 2014 Summer Surprises and to taking part in future DSS events as we expand our portfolio of retail projects across Dubai.”