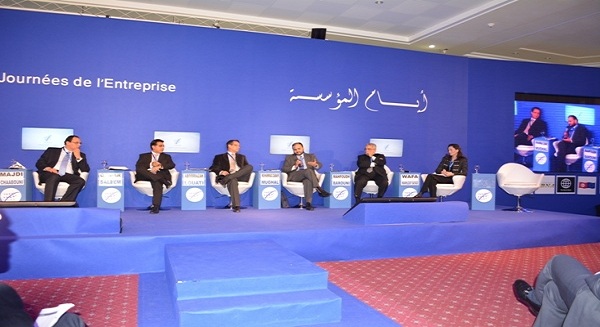 Islamic finance is not confined to Middle East or Muslim countries rather it has gripped its roots in European countries and America as well. And the determination and efforts to become financial hub of London is the distinct example of the promotion of Islamic banking and finance. There is no denying the fact that the organizations of Islamic finance are rapidly growing in European countries and France is one of the destinations of the list. AlHuda Centre of Islamic Banking and Economics and Solutions d’Acce’s a I’Assurance et la Finance Islamiques (SAAFI) have signed an MoU in Paris France that was signed by Mr. Muh. Zubair Mughal, CEO, AlHuda CIBE and Mr. Ezzedine Ghlamallah, Director, SAAFI.

While addressing to the ceremony, M. Zubair Mughal said that France is the country that identifies the largest Muslim community in Europe with nearly 6 million Muslim residents that is 9% of the total population of France. It is to be noted that Islamic finance is not only the interest of Muslim population rather non Muslim are taking good interest in Islamic finance. There are various non Muslim countries where Islamic banking and finance is providing their customers state-of-the-art services above all religious differences.

In the MoU singing ceremony, Mr. Ezzedine Ghlamallah said that Takaful, along with Islamic Banking, is also growing with rapid pace in Europe and particularly in France where it has enough potential. He added that AlHuda CIBE’s entry in Europe is a constructive initiative which will strengthen the diversified Research, Trainings and Shariah advisory in Islamic Banking and Finance in European countries i.e. Germany, France and Switzerland and it will definitely result in the ultimate growth of Sukuk, Takaful and Islamic Microfinance Industry.