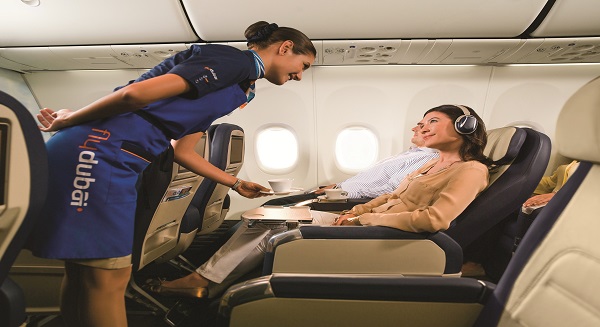 Airlines in the Middle East recorded the strongest passenger traffic at 9.2 percent in July this year, ahead of a capacity expansion of 8.2 percent, the International Air Transport Association (IATA) said Wednesday in its latest monthly global passenger traffic results.

Load factor rose 0.7 percentage points to 78.0 percent. The carriers are benefitting from the strength of regional economies and solid growth in business-related premium travel.

Capacity expanded exactly in tandem with demand (5.3 percent), resulting in a global load factor of 82.3 percent, unchanged from last year.

“July was another strong month of growth for air travel. People are connecting by air in ever greater numbers. That’s true across all regions. Despite the various economic challenges, the outlook for passenger travel remains broadly positive. The overall sluggishness at the beginning of the year appears to be behind us with growth in China and other emerging economies offsetting recent deterioration in the Eurozone,” said Tony Tyler, IATA’s Director General and CEO.

July international passenger demand rose by 5.5 percent compared to the same month in 2013. This was outstripped by a capacity expansion of 6.2 percent which resulted in a slight weakening of the load factor to 81.9 percent (down 0.5 percentage points from the year-ago period, but still at a very high level).

European carriers reported growth of 5.3 percent in July compared to a year ago. Capacity expanded slightly more aggressively at 5.6 percent, but the region still reported a very high load factor of 85.1 percent. While this is a robust performance, latest indicators show a weakening in key European economies such as Germany reflecting the impact of sanctions associated with the deepening Russia-Ukraine crisis.

Asia Pacific airlines are benefitting from an improved economic environment. Demand growth was slightly above the global average at 5.6 percent which lagged a capacity increase of 6.8 percent. Load factor fell 0.9 percentage points to 78.9 percent. The biggest factor affecting demand developments is the response of the Chinese economy to stimulus measures which saw year-on-year GDP growth reach 7.5 percent in July.

North American airlines saw international demand grow by 2.9 percent–the slowest of all regions. Capacity expansion was nearly double that at 5.6 percent; nonetheless the load factor stood at 85.1 percent. Overall business conditions are the strongest since mid-2010, which bodes well for the region’s carriers.

Latin American carriers reported growth of 6.7 percent, in line with a 6.6 percent capacity increase. Load factors stood at 82.5 percent. Robust economic performance in Colombia, Peru and Chile is being offset by weakness in Brazil. Furthermore, regional trade volumes are not expanding, the impact of which has been a dialing down of travel demand from the 8 percent growth range experienced in 2013.

African airlines reported growth of 4.9 percent, reversing the year-on-year contraction experienced in June. With capacity rising 4.5 percent, load factor improved slightly to 70.2 percent. The biggest factor impacting international traffic demand in July was the slowdown of the South African economy. The Ebola outbreak in West Africa intensified towards the end of July, the impact of which will likely be seen in August.

Demand on domestic routes rose by 4.9 percent in July over the previous year, ahead of a 3.5 percent capacity increase, pushing load factor up 1.1 percentage points to 83.0 percent. The strongest growth was recorded in China (8.8 percent) and Russia (9.9 percent).