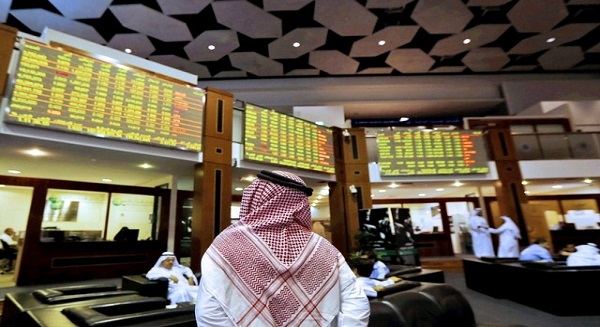 Middle East funds are bullish on Saudi Arabia’s stock market despite concern it is getting richly valued, while they think the UAE has bottomed out after a volatile few months, a Reuters survey showed.

The Saudi stock market index has jumped 13 percent since authorities announced in late July that they would open the market to direct investment by foreign institutions in the first half of next year.

That has left the overall market looking fully valued to many funds.

“We believe that valuations in Saudi Arabia are beginning to look stretched at these levels,” said Vijay Harpalani, assistant fund manager at the UAE’s Al Mal Capital.

“If we compare valuations, the market is trading at a premium to GCC, as well as emerging, markets.”

However, managers think the Saudi market’s liquidity and diversity, as well as the macroeconomic stability provided by the country’s big current account and state budget surpluses, justify some degree of premium. They still see pockets of opportunity in some sectors.

“We see value in building materials, petrochemicals and telecoms,” said Mr Harpalani, adding that those sectors had been overlooked by many investors because of slower growth that may have been linked to the country’s labour market reforms. The sectors are now showing signs of strengthening, he said.

That was less bullish than last month’s survey, conducted just after the market-opening announcement, when two thirds anticipated raising their Saudi equity allocations. But it still made Saudi Arabia the most optimistic market in the latest survey, by a considerable margin.

Dubai’s stock market swung wildly between May and July as a speculative bubble burst, after inflating in response to MSCI’s ugrade of the UAE to emerging-market status in May.

Last month’s survey found many funds eager to take profits in the UAE, fearing more volatility. Only 7 percent intended to increase equity allocations there and 47 percent aimed to decrease them. The ratio of bullish managers was the lowest since the survey was launched last September, while the ratio of bears was the highest.

The market was much more stable last month, and the latest survey shows 27 percent of managers now expect to raise UAE equity allocations while only 7 percent aim to cut them, suggesting the bout of profit-taking has run its course.

“Although the valuations might appear to be on the higher side, it is justified by high earnings growth. We believe there is still some room for growth in the UAE market.”

Qatar’s stock market hit new record highs last month and fund managers are, on balance, positive towards it. One coming challenge for the market is the FIFA investigation into the decision to award the 2022 football World Cup to Qatar, which has denied allegations of corruption.

However, most fund managers think Qatar remains very unlikely to lose the hosting rights, and even if it did, most major infrastructure projects in the country would go ahead, meaning little impact on the economy’s strong growth.

“In the fixed income area, the GCC market performed very well this year and all the bonds that have recently been issued are doing great,” said Abdullah Al Durdunji, chief treasury officer at Abu Dhabi Fund for Development.