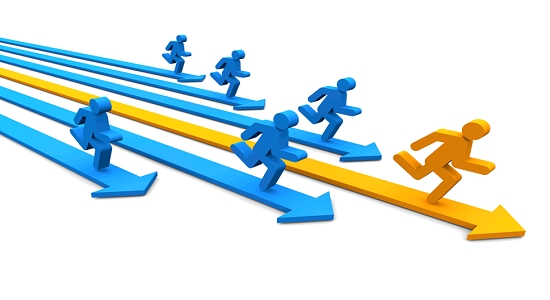 Middle East carriers recorded the world’s strongest year-on-year traffic growth at 15.1 per cent in August, far exceeding the global traffic growth of 6.8 per cent for the month, the International Air Transport Association, or Iata, said on Wednesday as it predicted big surge in demand for flights across the world during the rest of 2013.

“The Middle East’s performance was positively biased from the timing of the holy month of Ramadan, which occurred a month earlier in July. Capacity expansion was held to 10.8 per cent which pushed up load factor 3.1 percentage points to 82.0 per cent. The strong demand trend is expected to continue, with August data showing solid progress in non-oil producing sectors in countries such as Saudi Arabia and the UAE,” the Iata said in statement.

Globally, August recorded a strengthening of the healthy demand trend of the last few months. Total revenue passenger kilometers rose 6.8 per cent compared to August 2012. Capacity increases over the year-ago period lagged demand at 5.6 per cent. This pushed the load factor to match the record high of 83.4 per cent set in July 2011.

“August was a positive month for passenger travel. Strong demand and capacity discipline saw load factors match the previous record high of 83.4 per cent. The solid performance was also supported by a stabilisation of emerging market weakness and renewed confidence in Europe and North America. Trading conditions are still tough with high oil prices, stiff competition and regulatory hurdles. But demand growth remains a bright spot with most indications pointing towards an acceleration in the fourth quarter,” said Tony Tyler, Iata’s director-general and chief executive officer. In August, international passenger demand was up 7.5 per cent compared to the year-ago period. Capacity rose 5.6 per cent versus August 2012 and load factor climbed 1.5 percentage points to 84 per cent. All regions recorded year-over-year increases in demand.

Asia-Pacific carriers recorded an increase of 8.6 per cent compared to August 2012, the strongest performance among the three biggest regions. Market indicators for emerging regional markets have been weak. But downward pressure on growth appears to have eased, at least with respect to China, where latest indicators show an improvement in new export orders. With capacity up 6.3 per cent over August 2012, load factor rose 1.7 percentage points to 81.6 per cent.

European carriers’ international traffic climbed 5.4 per cent in August compared to the year-ago period, on a 3.7 per cent rise in capacity, pushing load factor up 1.4 percentage points to 86.4 per cent. Modest economic improvements and rising consumer confidence are supporting the growth in demand. Business confidence is also strengthening with increased manufacturing and export activity.

North American airlines saw demand rise 5.1 per cent over a year ago, the slowest growth for any region but still close to double the year-to-date increase of 2.7 per cent. This is consistent with indicators of a more supportive business environment, although manufacturing activity remains below the average seen at the start of 2013.