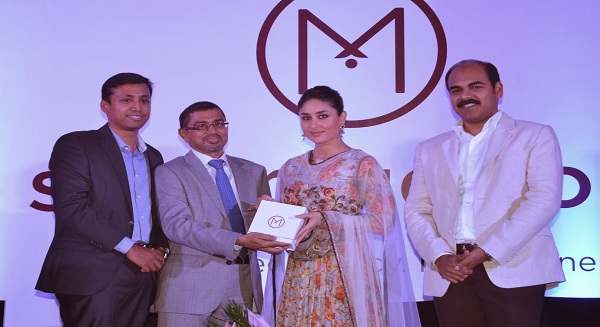 Malabar Gold & Diamonds, one of the top jewellery retailers in the world, recently concluded a loan syndication transaction to raise AED 300,000,000.

The facility will be utilised to finance the expansion plans of the group with 14 new retail stores to be opened across GCC and Singapore as well as consolidate their existing banking relationships into a common facility structure.

According to a press release from the group, NBF Capital Ltd acted as the financial adviser and book-runner for the transaction which was closed successfully. NBF Capital Limited is a fully owned subsidiary of National Bank of Fujairah and is regulated by the Dubai Financial Services Authority. Not only is this a maiden syndication for Malabar Gold & Diamonds, it also involves a common structure with multiple borrowing entities based in Oman, Qatar, UAE and Singapore to ensure the maximum operational and cost efficiency.

“NBF Capital is extremely pleased to have been at the forefront in advising Malabar Gold & Diamonds debut syndication facility and to have successfully closed this syndication. The strength of the borrower and facility structure has been evident in the strong interest demonstrated by banks. On behalf of all banks in the syndicate we would like to extend our congratulations to Malabar for successfully closing the facility and we would like to thank the banks for their support and for demonstrating a high degree of confidence in the management and growth plans of the company” said P B Das, Senior Executive Officer, NBF Capital.

“We are grateful to the support extended by our banking partners in the syndicate which will enable us to continue with realising our growth objectives. We greatly value the advice and transaction structuring assistance provided by team at NBF Capital. We have now concluded a transaction which meets all our objectives across jurisdictions”, said Shamlal Ahamed, Managing Director International Operations, Malabar Gold & Diamonds.

Malabar Group recorded a 47 per cent increase in its annual sales turnover in 2013-14 financial year ending in March 2014, up from $2.4 billion the previous year.

The year marked a number of achievements for the group as it has increased the number of retail outlets by 32 to reach 117 outlets globally. The employee base of the company also exceeded 7,500. The company has also opened branches in one more country, growing the total number of territories to 8.