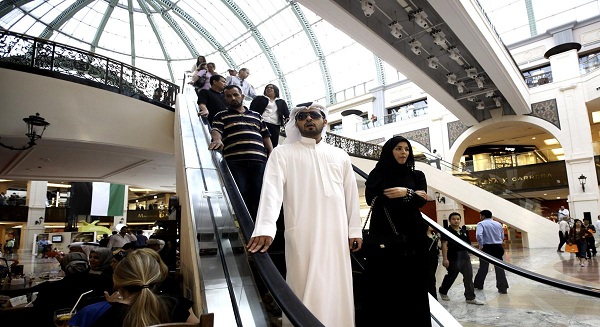 Majid Al Futtaim Holding, one of the leading shopping mall, retail and leisure pioneer across the Middle East and North Afric a (Mena), reported a 14 per cent jump in first-half revenues to Dh12.8 billion due to strong performance across all its business lines.

“The first half of 2014 displayed another period of robust growth for us and even more importantly it happened on the back of a strong 2013,” said Iyad Malas, chief executive officer of Majid Al Futtaim Holding LLC.

The group’s unaudited earnings before interest, taxes, depreciation and amortisation (EBITDA) from recurring operations increased by 13 per cent to Dh1.8 billion.

Majid Al Futtaim’s performance in the first half of the year is credited to the growth across its three business segments, retail, properties and ventures.

The company’s properties sector saw its revenue increase by 10 per cent to Dh1.9 billion and EBITDA rise by around 12 per cent to Dh1.2 billion. The company’s malls saw footfall of 83 million through the period, an increase of six per cent compared to same period last year while revenue per available room at the company’s 11 hotels increased by 15 per cent from prior levels, with year-to-date occupancy rates of over 80 per cent.

The company’s retail sector saw sales up by about 15 per cent year-on-year to Dh10.5 billion. The business’s EBITDA rose by 21 per cent to Dh553 million.

In the first half of 2014, Majid Al Futtaim Retail opened 12 new Carrefour stores, expanding its portfolio to 121 outlets in 12 countries across the Middle East, Central Asia and North Africa. The company’s several large scale projects are currently under construction in both existing and new markets.

“We continue to make significant progress with growth in the retail and leisure markets across the region. In the first half of 2014, we received official endorsement from Egypt’s Government for our multi-billion Egyptian pound investment plan, we progressed on lucrative land banking opportunities in Saudi Arabia, and the first anniversary of Beirut City Centre was held under the patronage of President Michel Sleiman,” Malas said.

While Dubai remains the core of our business, he said these cornerstones in Majid Al Futtaim’s investment strategy in Egypt, Saudi Arabia and Lebanon underlines our confidence in these countries to become investment hubs capable of accommodating major commercial and touristic projects.

“We are continuing our organic expansion plans focusing on our commitment to create great moments for everyone everyday, with careful attention to quality, with responsibility to community and last but not least, prudent financial and risk management approach, which is typical of Majid Al Futtaim,” he said.