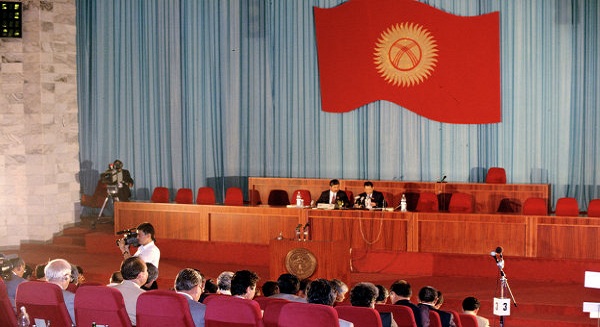 Kyrgyzstan signed an agreement on Islamic principles of financing. The Information Support Department of the Government’s Office reported.

According to the press service, on the results of the visit of the Islamic Development Bank mission and Simmons & Simmons Company signed an agreement to develop draft regulations for the introduction and development of Islamic insurance and Islamic securities in the Kyrgyz Republic. “The agreement was signed by the State Service of Regulation and Supervision of Financial Market of KR and Simmons & Simmons. The Kyrgyz side will be given the necessary support in preparation of documents in the field of Islamic financial services,” the statement reports.

It is noted that the First Deputy Prime Minister Tayirbek Sarpashev noticed that the Kyrgyz Government starts a new phase of implementation and expansion of Islamic finance principles. “At the same time our economy expects attraction of solid investments that will favorably influence the development of the financial market and banking sector. It is also very important for us that introduction of Islamic finance principles exclude the possibility of money laundering and the use of other corruption schemes,” the press service quotes the First Deputy Prime Minister.