Meethaq to host seminar on role of Islamic banking in dev. economy02 September 2014Next 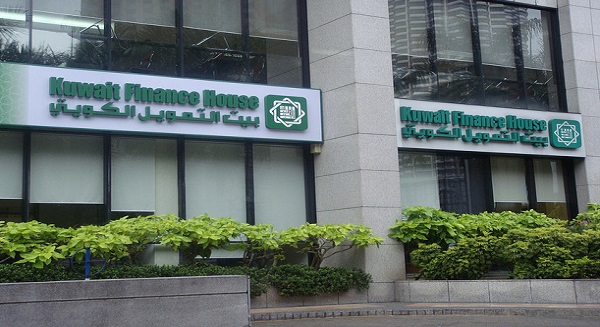 The inflation rate eased slightly hitting 2.7% y-o-y in July 2014, holding steady compared to the previous month’s CPI (2.9% y-o-y). Headline inflation is expected to average around 3.0% for 2014 as a whole, despite the limited pressures seen in the foodstuffs component, later in the year due to rising international food prices.

Inflation was generally stable across all sub-components in July 2014, with the exception of tobacco and narcotics prices which witnessed a big jump. During the month, food price inflation remained unchanged m-o-m whilst the y-o-y inflation eased to 2.0% (July 2013: 5.8%). Food price inflation has been trending slower since May 2013 when the inflation rate was at 6.3%. Kuwait imports approximately 90.0% of its food items for domestic consumption, thus the moderate food prices were in line with declining trends in international food prices in the past few months. There is a good chance that inflation in food prices will begin to pick up once again later this year, especially as international food prices have been seeing inflation accelerate. Still, any increase is expected to have a modest impact on overall inflation.

Most significantly, prices of tobacco and narcotics increased dramatically witnessing a jump of 4.8% m-o-m, on the back of a 4.9% increase in the prices of tobacco and narcotics, bringing the annual inflation rate of the sub-component to a drastic 12.6% y-o-y. The prices of tobacco and narotics increased significantly for the second consecutive month, following off of last month’s jump of 5.8% m-o-m. This jump was not suprising and further increases are expected in this category, seeing as Kuwait’s Ministry of Health is considering proposing tax hikes on tobacco products. The World Health Organisation had previously asked GCC countries to introduce excise taxes on tobacco products in order to raise prices and reduce consumption effectively, in a meeting in 2012. The GCC countries do not impose excise taxes on tobacco products. They only impose import duties which are in contradiction with the Wold Trade Organization rules.

Furthermore, prices of furnishing equipment & household maintenance continued to increase and reached 4.3% y-o-y in July 2014. It is noteworthy that the price in this category has grown significantly as it used to hover around 2.2% – 2.8% in April 2013 to August 2013 and has remained above the 4.0% level since October last year. Similarly, housing services cost inflation was at 4.4% y-o-y in July 2014, unchanged from June 2014.

Education prices were up 4.2% y-o-y in July 2014 as the new school year approaches. Also, prices of restaurants and hotels increased to 2.5% y-o-y during the month, up from 0% last year, reflecting healthy consumer spending in that sector. On the other hand, deflation was witnessed in one CPI sub-component in July which was the communication category, y-o-y deflation was at 1%.

GCC Inflation Outlook 2014
Inflation rates across the Gulf Cooperation Council (GCC) member states ranged between 1.2% and 3.1% y-o-y in 1H14, according to the Statistical Centre for the Cooperation Council for the Arab Countries of the Gulf. The latest figures revealed that Bahrain topped the list among GCC countries, recording an inflation rate of 3.1% over the six-month period. Kuwait came in second place, posting the second highest inflation rate in the region in H1 of 2.9%, followed by 2.8% in Qatar, 2.7% in Saudi Arabia, 2.2% in the UAE and 1.2% in Oman. The GCC-Stat figures revealed price increases across several different recording categories. In Oman, furniture, household goods and routine household maintenance, increased by 7.4%, while in Qatar and Bahrain, costs for housing, water, electricity, gas and other fuels increased by 7.4% and 5.6% respectively.

Inflation is projected to remain subdued at an average of about 3% in 2H14 in the GCC, reflecting both the absence of global inflationary pressure, as global food prices continue to be subdued, and the openness of the economies. Inflationary pressures in the UAE, Qatar and Kuwait were contained due to a domestic boom-bust cycle in real estate, which reigned in rising rents. In addition, a large share of the oil surplus has been sterilised by investing in offshore rather than domestic assets, while some countries have imposed price controls. Therefore, we predict that inflation rates will stay at manageable, low single-digit levels throughout the GCC region.