Thailand’s economy surprisingly stalls in the third quarter19 November 2018Next 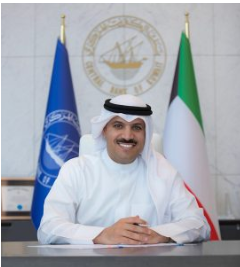 Kuwait banking sector is solid and capable of withstanding domestic or external financial challenges that might have impacts on national economy, the country’s top banker said. “The history of the banking sector in Kuwait reflects its ability to confronting different challenges, enabling it to overcome consequences of global financial crisis in 2008 … when many countries around the world suffered huge losses because they wanted to rescue their banks, which was a burden on their budgets and thus impacted citizens’ living conditions,” said Mohammad Al-Hashel, Governor of the Central Bank of Kuwait (CBK).
He was speaking in an interview with Al-Bayan, a monthly Lebanese magazine specialized in banks, insurance and freight in the Middle East. CBK, he added, implemented a policy enabling national banks to withstand ramifications of oil prices’ nosedive in the second half of 2014.”The banking sector, based on CBK’s policies, continues its service of the national economy with high efficiency,” to ultimately contribute to addressing the state budget deficit, said Hashel.(Kuwait Times)