Warning: Creating default object from empty value in /home/customer/www/ebctv.net/public_html/wp-content/plugins/dfd-extensions/redux_framework/ReduxCore/inc/class.redux_filesystem.php on line 29
 KIF to showcase over $100b in potential investment opportunities – Forum highlights Kuwait’s determination to continue driving its transformation into a world-class financial and commercial hub – Economics & Business Channel 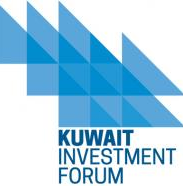 The showcase of opportunities that bring long-term added-value and returns on investments is being highlighted at the Kuwait Investment Forum 2018 (KIF 2018) to be held on March 20 and 21 in Kuwait City, where several new deals are also set to be revealed.

Held under the patronage of His Highness the Amir Sheikh Sabah Al-Ahmad Al-Jaber, KIF 2018 is co-organised by the Kuwait Direct Investment Promotion Authority (KDIPA), and the Kuwait Chamber of Commerce and Industry (KCCI) at the Bayan Palace and the Jaber Al-Ahmad Cultural Centre (JACC).

The event builds on the positive momentum gained globally following the country’s commitment to the Kuwait 2035 roadmap that aims to transform the nation into a world-class financial and commercial centre. Kuwait is a country that enjoys a secure, open and dynamic market that welcomes inward direct investments to forge partnerships that would complement its outward investments in several countries around the world led by its renowned Sovereign Wealth Fund, and with its leading global presence in the oil and gas sector through the Kuwait Petroleum Corporation (KPC) and its K-companies as well as its buoyant private sector.
0 Likes