Mideast a safe haven for investors24 August 2014Next 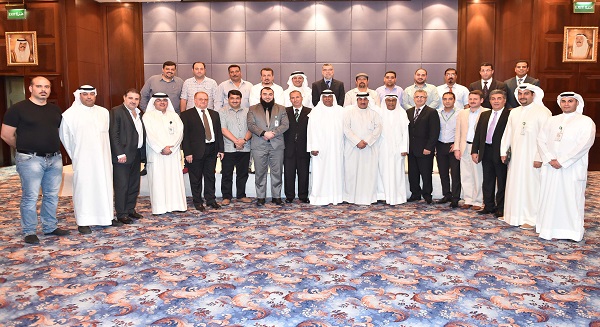 Kuwait Finance House (KFH) held a special meeting with construction materials suppliers including 50 institutions and companies working in this field. The meeting aimed at discussing the market conditions and hearing suggestions and inquiries that contribute to improving the local market, and result in positive solutions that meet both sides’ aspirations and serve KFH clients through discounts and offers, not to mention financing facilities provided by KFH.

Acting Executive Manager Personal Finance at KFH, Jamal Alerfan, stated that KFH is keen on holding such meetings periodically in order to strengthen ties between KFH and the suppliers of the construction materials and enhance cooperation to find formulas of coordination to boost sales and support the construction material market, especially in light of the extreme turnout on construction materials due to the residential expansion and the launch of development mega projects in different areas in Kuwait.
Alerfan explained that KFH will spare no effort to organize promotions throughout the year as they are considered to be an added value to the client and the supplier. He went on to say that KFH is willing to support suppliers and collaborate with them to hold such events. He highlighted the importance of organizing training courses and workshops for the salesmen of suppliers to allow them thoroughly understand the Islamic formulas of KFH sales policy based on sharia.
He demonstrated the success of the promotional campaigns and revealed that KFH is going to launch two campaigns; one in September and the other in October in cooperation with leading construction materials companies.
Meanwhile, suppliers expressed their desire to cement relationships with KFH as it is a leading Islamic financial institution. They added that suppliers gain clients’ confidence through the relationship with KFH.