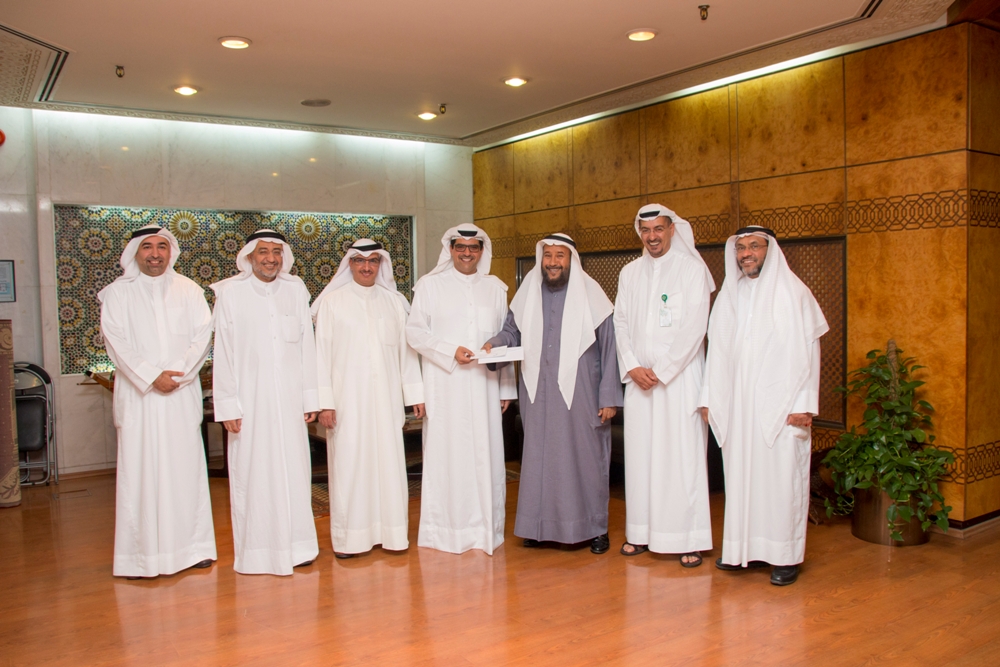 Al-Saleh praised, during receiving a cheque with a value of KD 5878129 million from KFH’s Chief Executive Officer, Mazin Saad Al-Nahedh in presence of General Manager Human Resources and General Services, Zeyad Al-Omar and Strategy and Corporate Affairs General Manager, Fahad Khaled Al-Mukhaizeem, KFH for collaborating with Zakat House which contributes to accomplish the goal of encouraging charity and the spread of meanings of brotherhood among various segments of the society.
Meanwhile, Al-Nahedh said that KFH’s priority is to contribute to the success of Kuwait development projects and to serve the society, in addition to supporting projects executed by official charity institutions. He explained that KFH reinforces its vision of social responsibility through its sharia- compliant business model.
It’s worth noting that the donated value will be distributed to help the poor families in Kuwait, to support charity committees and societies working in the field of humanitarian aid and to execute pro bono projects as per the rules and regulations of Zakat House.