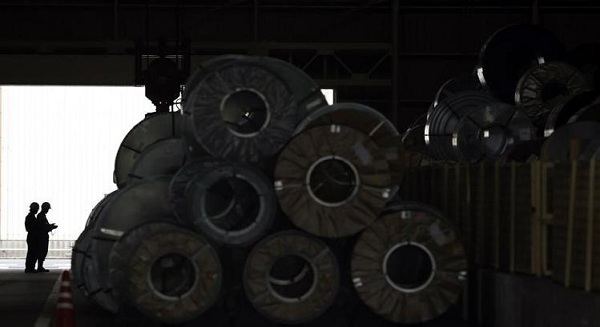 Japan’s factory output rose in May after companies cut production in April to offset the impact of a national sales tax hike, underscoring views the economy will absorb the increase largely unscathed.

The 0.5 percent month-on-month rise compared with the median estimate of a 0.9 percent increase in a Reuters poll of economists, and followed a 2.8 percent drop in April, data from the Ministry of Economy, Trade and Industry showed On Monday.

The data is likely to support a view that the economy will rebound in the summer from the April 1 sales tax rise and spending slump in the current quarter.

That rebound could further dampen expectations the Bank of Japan will ease policy again this year, as it is likely to support the bank’s optimistic view of an economy is on track to resume moderate recovery and meet its 2 percent inflation target.

Manufacturers surveyed by the ministry expect output to fall 0.7 percent in June but grow 1.5 percent in July, the data showed on Monday. Market reaction was muted.

“Output is recovering. But it is still in the stage of adjustments given falling shipments and rising inventory,” said Takeshi Minami, chief economist at Norinchukin Research Institute in Tokyo.

The ministry maintained its assessment of factory output, saying it is in a flat trend.

The government raised the national sales tax to 8 percent from 5 percent on April 1 to pay for rising welfare costs, which has chilled private spending. Manufacturers have reduced production after the tax hike to avoid piling up inventories.

Analysts expect the economy to contract in the second quarter due to the tax hike, with a Reuters poll conducted in June projecting a 1.2 percent quarterly drop.

However, a bigger-than-expected decline in household spending and a drop in exports in May mean that the contraction could be more pronounced and subsequent rebound may be delayed.

The BOJ has signalled that it sees no immediate need to expand its massive stimulus programme deployed in April last year, stressing that the pullback in demand after the tax hike will be temporary.