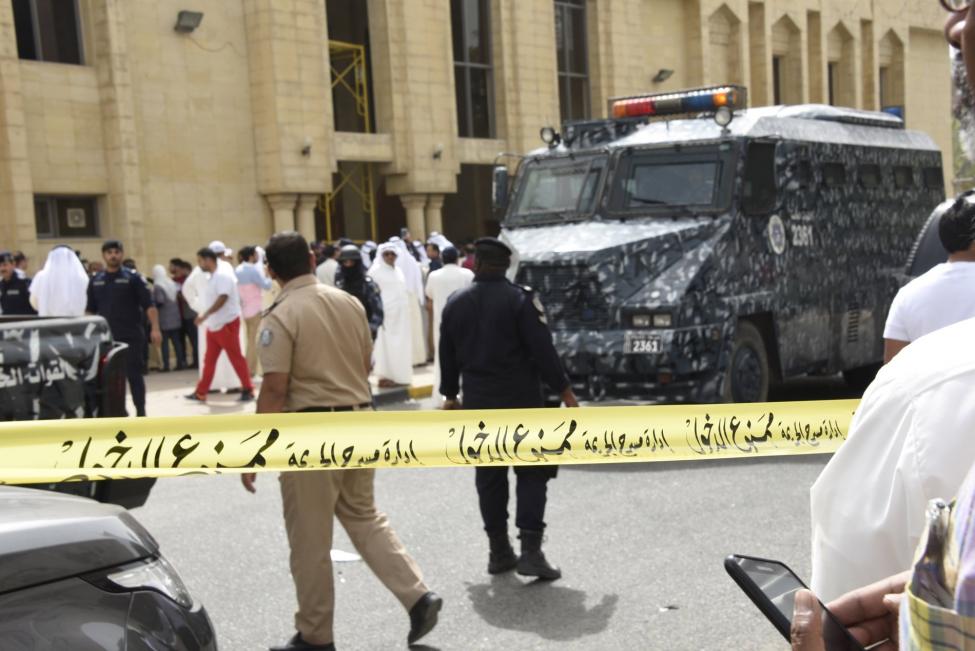 A suicide bomber blew himself up in a packed Shi’ite Muslim mosque in Kuwait city during Friday prayers, killing more than ten people, the governor of Kuwait City and a witness said.

The Islamic State militant group claimed responsibility for the attack in a statement posted on social media and said it had targeted a “temple of the rejectionists” — a term it generally uses to refer to Shi’ites, whom it regards as heretics.

It was the first suicide bombing attack on a Shi’ite mosque in the small Gulf Arab oil exporting state, where Sunni and Shi’ite Muslims live side by side with little apparent friction.

Islamic State had urged its followers on Tuesday to step up attacks during the Ramadan fasting month against Christians, Shi’ites and Sunni Muslims fighting with a U.S.-led coalition against the ultra-hardline jihadist group.

Kuwaiti parliament member Khalil al-Salih said worshippers were kneeling in prayer when the bomber walked into the Imam al-Sadeq Mosque and detonated his explosives, destroying walls and the ceiling.

“It was obvious from the suicide bomber’s body that he was young. He walked into the prayer hall during sujood (kneeling in prayer). He looked …in his 20s, I saw him with my own eyes,” he told Reuters by telephone