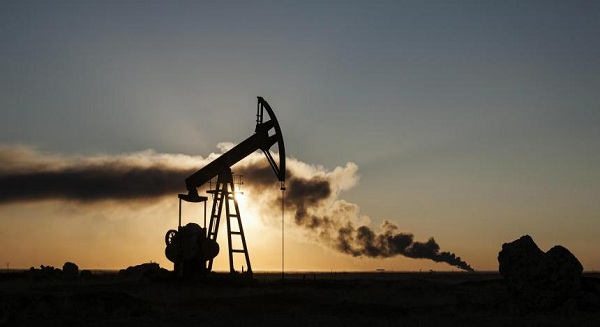 There was widespread sell-off in stocks of Norway’s DNO International, Britain’s Genel Energy and Bermuda-registered Gulf Keystone Petroleum – all international oil companies operating in the autonomous northern region of Iraq.

Closer to home, Dana Gas shares rose slightly. The Sharjah-based oil explorer and producer was due to release its second-quarter results yesterday but has postponed until further notice. The company has until August 15 to report its corporate earnings.

Previously known as the Islamic State of Iraq and Syria, the militant group took over the Iraqi town of Sinjar positioned near the border with Syria. The takeover is the latest in the militant group’s successful seizure of large swathes of land and oilfields in Iraq and in Syria.

“Investors who bought into these companies have also bought into political risk and they are long-term investors,” said a source at an energy company who spoke on condition of anonymity. “In particular, assets in the oilfields of Taq Taq are nowhere near Sinjar,” the source said.

DNO International shares, which gets most of its output from the Kurdish region, fell as much as 9.2 per cent, the biggest drop in more than six months. Genel Energy shares sank as much as 6.6 per cent and Gulf Keystone shares 2.2 per cent.

The Ain Zala and Batma oilfields, which together produce about 30,000 barrels per day, are under the control of the Islamic State, a breakaway Al Qaeda group, according to the state-run Northern Oil Co. The Sunni Islamist militants last month occupied the Qayyara oilfield north of Baghdad.

DNO, which produces about two-thirds of its oil in Kurdistan, was down 6.9 per cent to 19.55 kroner by late morning in Oslo. Almost 8.3 million shares had traded by then, one-and-a-half times the average daily volume in the past three months. Genel dropped 4.9 per cent to 952 pence in London, and Gulf Keystone slid to 78.5 pence.

“One should always be concerned when there’s a war going on, but I don’t believe that the Tawke field and the Kurdish heartland is the main target for the Islamists,” said Kjetil Bakken, an analyst at Carnegie from Oslo yesterday. “The fact that ISIS is progressing towards Kurdish areas is creating fear among investors.”

Meanwhile, Brent crude oil slipped towards $104 a barrel yesterday, close to a four-month low, as worries about oversupply outweighed concerns over violence in Middle East and North Africa. A supply glut in West African and European markets dragged Brent down 3.3 per cent last week, with the front Brent futures contract reaching $104.39, its lowest since early April.