Islamic Finance to surpass the USD2tln 2014 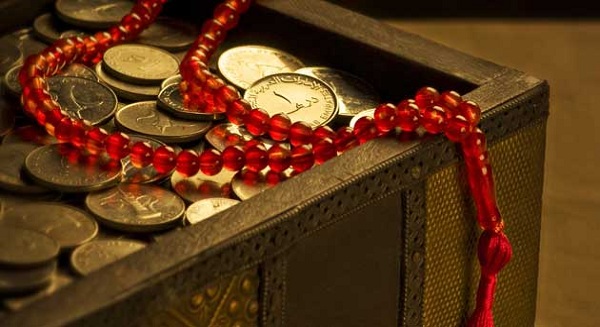 Global Islamic finance assets are expected to surpass the USD2tln mark in 2014. The proposition for Islamic finance manifests itself in the robust growth of assets from USD150.0bln in the mid-1990s to approximately USD1.8tln as at end 2013. The industry’s strong performance over the years will be further augmented by the growing participation of the international financial community, particularly in the Islamic banking sector, as well as by the support of various key multilateral development entities in the efforts to spur the growth of the industry. We expect the industry will continue to chart positive growth in 2014 for all sectors, underpinned by the following factors:

• Active role played government and regulatory agencies; multilateral bodies and industry players to promote the development of Islamic financial markets in their respective countries and globally.

• The increase of global trade flows in MENA and OIC countries.

The industry will continue to grow driven by both demand and supply factors, and further facilitated by government agencies and financial regulators. In part, governmental and economic policies have also become the key drivers that influence the optimistic outlook of Islamic finance. The expansionary policies in the GCC and Asian countries followed by a massive governmental spending for mega projects to boost employment and investment opportunities will be of advantage to the Islamic banking sector. Islamic financial institutions will stand a chance to offer financing support to meet respective countries’ developmental needs. In addition, Islamic banks are well-placed to take advantage of the sizeable trade flows in the OIC countries and MENA where Islamic finance is making strides. Trade flows in MENA and OIC countries represents a promising opportunity for Islamic trade finance to become an alternative to conventional trade financing. 2014 will also be another exciting year for sukuk market. This year, more jurisdictions are expected to debut in the global sukuk market including sovereign issuances from the United Kingdom, Luxembourg, South Africa, Oman and Senegal. A number of sukuks have already been announced and are in the pipeline for 2014, thus presenting promising prospects for the fastest growing segment of the global Islamic financial industry. Expectations are also build up on a debut sukuk issuance from the multilateral Asian Development Bank (ADB).

In parallel with growth and participation of various entities in the Islamic finance industry, catalyst institutions like research and advisory houses that promote innovation, business advancements and sharing of resources are also emerging to complete the value chain of the overall industry. Spill-over effects into ancillary and professional services that were seen in 2012 and 2013 – offering education, training, consultancy, information platforms – will expand further in these coming years.

At global level, multilateral organisations, regional development banks and other international organisations have been supporting the development of the global Islamic financial industry. Global linkages and cooperation are vital for creation of a comprehensive ecosystem given the nascent stage of Islamic finance and its small share domestically in most jurisdictions. Over the years, these entities have been strengthening cooperation and enhancing their synergy to fulfil their common agenda. Among others, below are several cooperation and agreements that have been initiated to support the Islamic finance industry, and more joint initiatives of these kinds will further propel the growth of the industry.