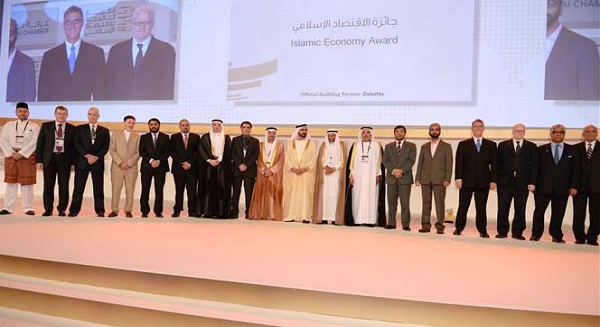 Dubai Islamic Economy Development Centre (DIEDC) has announced nominations across all eight categories of the Islamic Economy Awards 2014 have witnessed a high uptake from international and local companies. Submission of nominations for the second cycle of awards via the website www.islamiceconomyaward.com will remain open until 7 October, 2014. The award winners will be announced in in the Q4 2014.

The Islamic Economy Award is a joint initiative by the DIEDC and Thomson Reuters, the world’s leading source of intelligent information for businesses and professionals that oversees the mechanism of nominations and the eventual selection of winners. The evaluation is carried out by an independent jury panel headed by Hussain Al Qemzi, Member of the DIEDC Board and Chairman of Awqaf and Minors Affairs Foundation.

The jury panel consists of local and international officials and experts in the various sectors of the Islamic economy.

Hussain Al Qemzi, Head of the Jury panel, said, “We are proud that in just its second year the Islamic Economy Awards have managed to attract nominations from various companies and institutions that are actively engaged in the Islamic economy sector not just in the region, but around the world. We take pride in the achievements of these companies and seek to showcase their initiatives that enrich the Islamic economy universe.

“Remarkably, the Lifetime Achievement category is witnessing a robust participation this year, evidence of the outstanding contributions made by many individuals in leveraging the concept of Islamic economy to ensure sustained development. Without doubt, the vision of His Highness Sheikh Mohammed Bin Rashid Al Maktoum, Vice President and Prime Minister of the UAE and Ruler of Dubai, to position the emirate as the capital of Islamic economy has inspired many people to excel and notch up achievements in the emerging sector, not just locally but at a global level.”

Abdullah Mohammed Al Awar, CEO of DIEDC, said, “The award presents an ideal opportunity to review the achievements made so far in all the sectors of the Islamic economy and is a reiteration of Dubai’s pledge to become the global reference point for Islamic economy. Islamic finance and the halal industry have made quantum leaps at local and international levels, but new initiatives have widened the scope of the Islamic economy and led to leveraging innovation for the development of emerging sectors in the field.

“At DIEDC, we are keen to honour the pioneers of the sector, and look forward to celebrating their achievements as they become role models for new generations. The Islamic economy sector has steadily become a vital source of support to conventional economies across the world, aiming at ensuring prosperity and protecting the community from economic and social crises that hinder growth.”

With a young population below 35 years constituting 60 per cent of the Muslim population, the need to work out innovative and creative economic solutions that cater to their needs and aspirations is imperative.