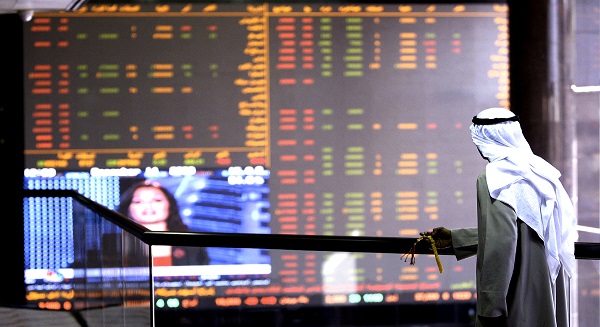 Dubai’s stock index jumped 2%, rebounding after three sessions of declines which were prompted by the tightening of margin lending rules and concerns about blue-chip Emaar Properties’ bond-to-equity conversion.

“I think it’s mainly a comeback from the selling pressure,” said Marwan Shurrab, fund manager and head of trading at Vision Investments.

Gains on Asian markets earlier in the day — due in part to strong US trade data — also boosted Dubai investor confidence, he said. Later in the day, solid German export data also pushed European shares to near their highest levels since mid-2008.

Oman’s bourse, seen by some analysts as a less volatile “safe bet” in the Gulf region, gained for the tenth-straight session, jumping 1.5% to surpass the recent three-year peak to hit its highest level since October 2008.

“People are looking at realigning their portfolios for the results season,” said Joice Mathew, head of research at United Securities in Muscat.

After posting lower growth compared to other markets in the region last year, Oman offers investors attractive valuations and expectations of strong fourth-quarter earnings, he said.

Egypt’s bourse also performed well, rising 1.3% to 6,887 points. Analysts said the market was driven by speculation that a Gulf-based investment company was interested in either a majority or a minority stake in EFG Hermes.

A banker close to the investment bank, however, told Reuters on the condition of anonymity that he had heard nothing about the rumoured bid.

“EFG Hermes was the main driver and catalyst for the upward momentum,” said Islam Batrawy, Cairo-based head of regional equity sales at NBK Capital. “We think that on technicals, EGX30 can tick higher towards 6,950 points.”

Saudi Arabia’s index rose 0.5%. PetroRabigh surged 9.8% to 30.2 riyals after jumping its 10% daily limit on Tuesday when HSBC assigned it an overweight rating and a price target of 40 riyals.

The stock is still benefiting from December’s decision by PetroRabigh’s parent companies to slash international marketing fees for its products, which could revitalise the firm.