TASI breaks above 11,000 psychological level for the first time since January 200829 August 2014Next 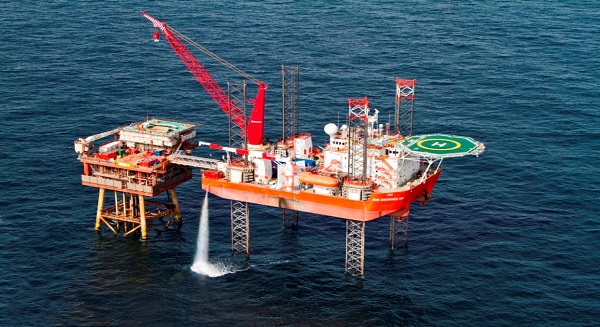 Gulf Marine Services, the Abu Dhabi-based operator of self-propelled self-elevating marine barges for use in the offshore oil industry, on Thursday announced a strong first half net profit jump of 17 per cent over the same period last year.

Revenues, meanwhile, went up by 5 per cent to $90.7 million from $86.6 million for the corresponding period last year. And the gross profit rested at $58.7 million, up from $55.6 million last year.

The company’s Board of Directors announced an interim dividend of 0.41 pence per ordinary share, payable on October 27, 2014 to shareholders.

In the January to June period, the company won two new contracts including the first contract to build a new large class vessel GMS Enterprise and three self-propelled self-elevating support vessels (SESV) from existing clients. It also entered into a letter of intent with an international oil company for one of its existing large class vessels on a four year charter. The contract is being presently finalised, the company stated.

Duncan Anderson, chief executive officer for GMS, said that the group has achieved a good start to 2014, sustaining high levels of fleet utilisation of over 90 per cent.

“The demand in the Middle East is very strong. Our business is robust,” said Anderson speaking to Gulf News. He said the ongoing conflict in some parts of the Middle East has not impacted their business.

“The important step forward for the Group is the addition of six new jack up vessels which will expand the SESV fleet by two thirds by 2016,” he said in a statement.

“Market prospects for the enlarged fleet are excellent. Already we are seeing interest expressed in the future availability of the new tonnage by both new and existing clients who have experience and understanding of our cost-effective well service and maintenance solutions. This augurs well for 2015 and beyond.”

Gulf Marine Services PLC, a company listed on the London Stock Exchange, was founded in Abu Dhabi in 1977. The fleet serves the oil, gas and renewable energy industries from its offices in the United Arab Emirates, Saudi Arabia and the United Kingdom.

The company is seeking to expand to Southeast Asia and West Africa, focusing on Malaysia, Indonesia, Nigeria, Cameroon, and Gabon. It will work in a joint venture with Dialog Group in Malaysia.

GMS plans to add up to six more vessels to its fleet by the end of 2016.

The company reportedly raised $297 million from a London initial public offering in March, when the shares priced at the bottom of the range.