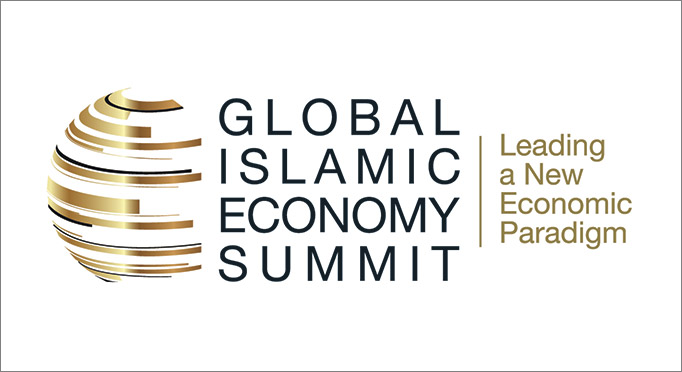 Thomson Reuters and the Dubai Chamber of Commerce & Industry, the organisers of the upcoming ‘Global Islamic Economy Summit’ (GIES), announced their partnership with ADIB and Dubai Islamic Bank today, who are taking on the role of Title Sponsors of the event. In addition, the leading Nutrition, Health and Wellness company, Nestlé Middle East, signs up as Diamond Sponsor, while Emirates NBD, Qatar First Bank and the Global University of Islamic Finance (INCEIF) have also signed on as Gold Sponsors, while the Dubai Multi Commodities Centre (DMCC), Afridi & Angell Legal Consultants, Société Générale and MasterCard have signed on as Silver Sponsors.

GIES is held under the patronage of His Highness Sheikh Mohammed Bin Rashid Al Maktoum, Vice President and Prime Minister of the UAE and Ruler of Dubai. While in line with Dubai’s Islamic Economy Strategy announced by His Highness on October 5, the conference also seeks to addresses the challenges and opportunities the industry faces and its contribution to the global economy.

Commenting on the sponsorship agreements, Russell Haworth, Managing Director – Middle East & North Africa, Thomson Reuters, said: “The calibre of sponsors supporting GIES is testament to the local and international interest in the opportunities that the Islamic Economy presents. From leading local, regional and Islamic banks that aspire to become international players, to a European bank that sees a huge opportunity in this sector, to a global food producer, education, consumer credit and legal services providers and the largest free zone in the UAE, our sponsors will be invaluable to the success of GIES.”

Commenting on the decision to sponsor GIES, Tirad Al Mahmoud, CEO at ADIB said: “At ADIB, we hold an unwavering commitment to playing a role in the development of the Islamic finance industry. We are very excited to be lead supporters for The Global Islamic Economy Summit – an ideal platform to share our core values as an expanding Islamic financial services institution with the wider community in the UAE, region and beyond.”

On the decision to be the title sponsor of GIES, Dr Adnan Chilwan, Chief Executive Officer of DIB said: “Being the first Islamic bank in the world, Dubai Islamic Bank is proud to play its role in the Global Islamic Economy Summit. As pioneers of Islamic banking, DIB has been at the forefront of developments in the Islamic financial sector over the past four decades. We have consistently added value to the franchise and contributed to the growth and development of all sectors of the UAE economy. Our vision of becoming the most progressive financial institution in the world is fully in line with the vision of the leadership of this great country. Today, with our rich heritage, unrivalled expertise and tradition of innovation, we are perfectly positioned to play a key role in Dubai becoming the global capital of Islamic economy.”

Yves Manghardt, Chairman and CEO Nestle Middle East FZE, commented on the company’s role as a sponsor: “As the leading Nutrition Health and Wellness company, Nestlé is proud to be a partner of the Global Islamic Economy Summit. We have been pioneers in providing a wide range of Halal food options for Muslim consumers around the world, and we are delighted to be part of Dubai’s initiatives to highlight the importance of the Halal sector as a key component of the Islamic economy and culture.”

The Summit will also feature ground-breaking market studies and other announcements such as the winners of the ‘Islamic Economy Award’ which recognises a mix of regional and global leaders from 14 Islamic economy sectors.

GIES will take place on 25th – 26th November, 2013 at Madinat Jumeirah in Dubai. GIES will gather leading thinkers, policy makers and stakeholders from around the world to lead a discussion on the future of the Islamic economy.