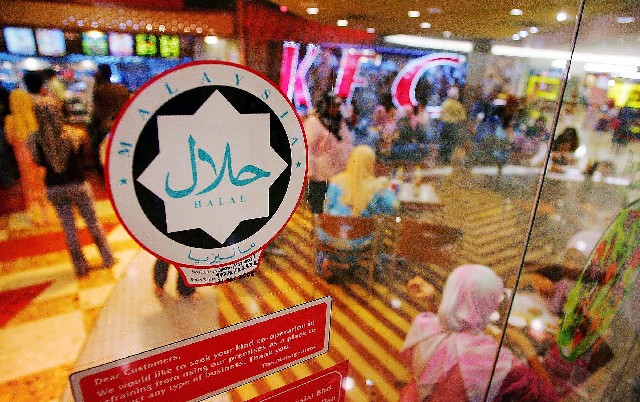 The global industry for halal food and lifestyle products ones that meet Islamic law standards of manufacture is estimated to be worth hundreds of billions of dollars and is multiplying as Muslim populations grow.

Producers outside the Muslim world, from Brazil to the US and Australia, are eager to tap into the market.

The United Arab Emirates is positioning itself to be their gateway, part of its push to become a global centre of Islamic business and finance.

UAE officials in February announced Dubai had dedicated around 6.7 million square feet (62 million square metres) of land in Dubai Industrial City for a “Halal Cluster” for manufacturing and logistic companies that deal in halal food, cosmetics and personal care items.

Dubai Industrial City CEO Abdullah Belhoul said the idea to create a zone just for halal manufacturers was driven by the increased demand locally and internationally for such products.

“This industry itself, we know it is growing,” Belhoul told The Associated Press. He said the industry was expected to double in terms of value within five years. “So, we think there is a lot of opportunity… and we need to capitalize on this.”

The world’s Muslim population is estimated at around 1.6 billiion, and the majority is believed to adhere to or prefer to adhere to halal products when possible. The general understanding is that halal products should not be contaminated with pork or alcohol and that livestock is slaughtered in accordance with Islamic Shariah law. Similar to kosher practices, Islam requires the animal is killed with single slash to the throat while alive. It is intended as a way for animals to die swiftly and minimize their pain.

However, as with most issues in religion, opinions vary greatly over what is permissible and what is not. Despite attempts by international Islamic bodies, such as the World Halal Food Council, to achieve worldwide guidelines, there are no global standards for halal certifications.

Stricter interpreters of Shariah say chicken must be slaughtered by hand to be considered halal. Others say it is acceptable if the chicken is slaughtered by machine, as is the case in much of the fast-paced food industry around the world. To accommodate various Muslim consumers, several companies even specify on their packaging how the chicken was slaughtered.

Belhoul said that if halal products are manufactured in the UAE, they will need to be certified halal by the government body that oversees this. But, as with most countries, if the halal products, such as livestock or raw material, are being imported from abroad for processing in the UAE, then the stamp of approval comes from Islamic organisations in the exporting country.

This is where organisations such as Halal Control in Germany have an important role to play, said General Manager Mahmoud Tatari. He said that when the company started 14 years ago in Europe, there was little awareness or demand for halal products. Today, Halal Control has 12 Islamic scholars who offer guidance on certifications to international companies such as Nestle and Unilever who want to do business in the Muslim world.

Halal Control, which concentrates on products made in Europe, does not certify meat and poultry, but almost everything else from dairy products to food ingredients. Tatari said Muslims around the world may think they are eating halal-certified food, but that often raw materials may include alcohol or pork gelatin in candies and soups, or may have been cross-contaminated during production.

“It is a process and this will take maybe now five to 10 years (until) we can more safely eat halal,” he said.

Malaysia is the global leader in developing the halal industry and putting forth the highest standards, said Tatari and others in the industry.

Malaysia exported $US9.8 billion ($A10.89 billion) worth of halal products in 2013, the Oxford Business Group said. That makes it one of the largest suppliers in the Organisation of Islamic Co-operation, an international group with 57 members.

US manufacturers, such as Kelloggs and Hershey, plan to build halal-compliant plants in Malaysia. The Oxford Business Group says Indonesia, with the world’s largest Muslim population, plans to establish a centre for the halal industry in 2015. In Thailand, more than a quarter of food factories are already making halal products.

But it is in the Gulf, where countries almost entirely rely on food imports, where the halal industry seems to have the biggest potential for growth in the coming years.

Datamonitor, a company that provides market and data analysis, says halal food already accounts for about a fifth of world food trade, and the Muslim market is growing substantially. According to a Global Futures and Foresights Study, 70 per cent of the world’s population increase from seven billion today to nine billion people by 2050 will be born in Muslim countries.