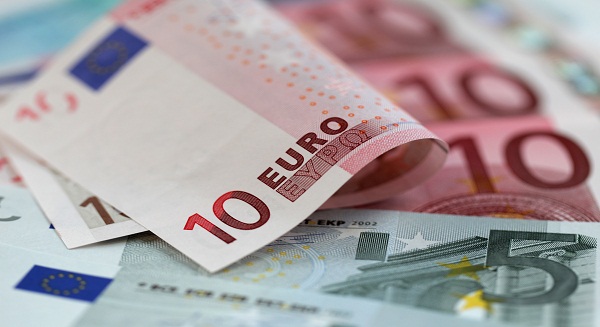 German economic growth will gather speed this year as domestic demand strengthens, but foreign trade will weigh on the export-oriented economy for a second straight year, the Economy Ministry said on Wednesday.

Europe’s largest economy, which grew strongly during the early years of the euro zone crisis but has since slowed, will expand by 1.8 percent this year, the ministry said in its annual report. That is more than four times faster than in 2013.

Berlin had previously forecast growth of 1.7 percent for this year.

Shipments abroad will climb by 4.1 percent, after a subdued performance in 2013. Imports will rise even more – by some 5.0 percent – so foreign trade will deduct 0.1 percentage points from gross domestic product (GDP) growth, the ministry said.

That should slightly reduce Germany’s current account surplus. A smaller surplus would deflect some of the criticism that Germany relies too much on exports for growth and has not done enough to foster domestic demand, which would help struggling euro zone states.

Businesses and consumers at home will be the economy’s bright spot this year.

Private consumption, which boosted growth in 2013, is expected to increase by 1.4 percent as German workers benefit from an increase in employment to a record 42.1 million this year and a nominal 2.7 percent jump in earnings.

Given such favorable conditions, private households should spend noticeably more on consumption and home building, the ministry said. Moderate inflation and low interest rates at banks should also discourage traditionally frugal Germans from saving rather than spending.

Separately, GfK market research group said on Wednesday that the spending of private households would climb by 1.5 percent in real terms in 2014, compared with an increase of 0.5 to 1.0 percent for the European Union as a whole.

Investment is also expected to rebound after falling in 2013. The Economy Ministry forecasts spending on equipment will rise by 4.0 percent while spending on building will increase by 3.2 percent.

Stronger domestic demand should help reduce some of the economic imbalances within the euro zone, which many blame for the region’s troubles.

“The German economy is back on a stable and broad-based recovery path,” Economy Minister Sigmar Gabriel said. “The dynamism of Germany’s domestic economy is not only good news for Germany but also for our partners in Europe.”

But he also expressed concern that financial bubbles could form periodically and get banks into trouble. He said that was a considerable risk for growth and jobs, so stricter regulation of those markets was necessary.