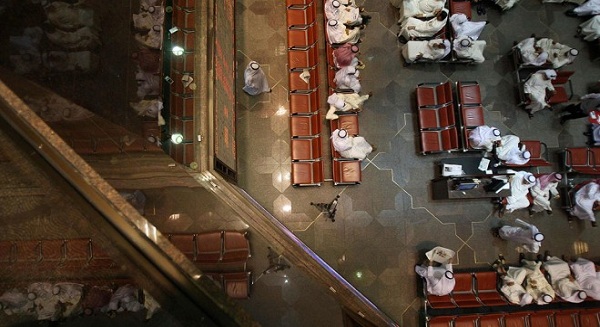 • Kuwait stock market also ended in the positive with its price index adding 0.67% to its value during the week

Several issues are keeping investors away from GCC stock markets during the month of August 2014. With the corporate results for the first half almost cleared out, there are no catalyst effects on trade, while the summer holiday is adding more calm to the regional equity markets. Meanwhile, the continued instability in the middle east is adding more dullness to the market’s performance and is keeping traders very cautious in their investment decisions.

GCC markets are expected to continue on the same base during the remaining of the month of August 2014, but higher interest and volatility might be seen with the start of the month of September 2014 and the 4Q14 when institutional investors prepare to book their positions for the full year results.

Four of the GCC stock markets saw very low volatility. UAE and Bahrain markets recorded very low trading activity when compared to the week before in what appears to be lack of investors’ confidence. However, Abu Dhabi Securities Exchange (ADX) over performed Dubai Financial Stock (DFM) for the week with both ending at higher values, adding 2.59% and 1.65%, respectively to their market indices. Meanwhile Bahrain Bourse (BB) recorded the largest drop in value in comparison to all other GCC stock markets, closing the week down by 1.14%, as measured by Bahrain All Share Index. The Bahraini market saw a notable drop in trading activity as trading on Al-Ahli United Bank (AUB) normalized after the above normal volatility it saw during the previous week on the back of its positive profit announcement. The biggest lender in Bahrain (AUB) announced a 35.1% q-o-q increase in its net profit for 2Q14 to USD125.9mln.

Qatar Exchange (QE) topped all other GCC stock markets performance, adding 3.28% to its index value for the week. The market saw a big jump in volume on the last trading day of the week after MSCI issued a statement saying that the Mesaieed Petrochemical stock had been added to the index, taking the scrip higher by 5% on Thursday, 14 August. However, the company denied the news on Sunday, which disappointed the investors.

Meanwhile, the Saudi market continued its winning streak for eleven continuous sessions, the longest since its fourteen green sessions ending on 6 March 2012, and reached a high not seen since 19 January 2008 at 10,596.55 point on 11 August 2014. The largest regional stock market has been performing positively since announcing its plans to open to foreigners for the first time early next year.

Kuwait stock market also ended in the positive with its price index adding 0.67% to its value during the week. The index reached its highest level since 11 June 2014 at 7,245.71 points on 13 August 2014, after recording eight wining days in a row, its longest winning streak since 28 July 2013 when it rose for nine continuous days. Market weighted index was also up by 0.34%. This increase followed the announcement of the new five-year development plan (KDP) for 2015-2020 which was announced earlier in August with capital exceeding KWD8bln. However, KDP must still be approved by the parliament.