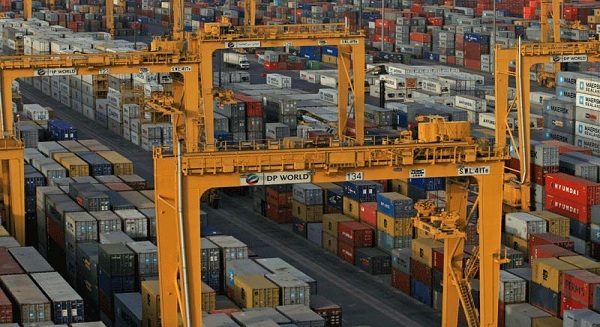 Trade between the GCC countries and Germany reached €26.5 billion (Dh134.6bn) in 2013, with the UAE accounting for Dh54.6 billion of the total trade, according to global credit insurance company Euler Hermes.

Massimo Falcioni, Chief Executive Officer of GCC Countries, Euler Hermes; and Mahan Bolourchi, Director of Risk, Information and Claims, attended the GCC-Germany Business and Investment Forum in Berlin on March 12-13, emerging from the high-profile meeting with renewed optimism over the prospects of trade between the Arab world and Germany.

“I am very delighted to be invited to attend such important forum promoted by the Arab German Chamber of Commerce and Industry and Arab Chamber of Commerce here in Berlin. Euler Hermes plays a strategic role in supporting German companies that trade and invest in the GCC region, and the outcome from the forum is a confirmation of the strong partnership between Germany and GCC region,” Falcioni said.

The Euler Hermes executives met with other important experts to discuss current economic trends and possibilities of cooperation between Germany and member-countries of the Gulf Cooperation Council. Strategic partnerships between Germany and GCC are bound to deepen given the diversification that both economies are undertaking. Already, the GCC region is attracting German companies that are seeking further opportunities and growth.

As matters stand, trade between the European Union’s largest economy and the GCC is likely to remain robust, having reached €27 billion in volume in 2013. Germany and the GCC are both exhibiting notable economic growth over the last few years, with their gross domestic product valued at $3.5 trillion and $1.7 trillion, respectively, in 2012.

Gulf economies are likely to continue growing at a healthy pace amid steady government spending and increasingly buoyant private sector. For this year, it is projected that GCC will grow around 5 per cent. Meanwhile, Germany expects its gross domestic product to grow 1.8 per cent in 2014, more than four times faster than in 2013, driven by capital investment.

“I have reasons to believe that the prospects are bright in terms of trade and business partnerships between Germany and GCC. This should spur more business opportunities across all economic sectors,” said Falcioni.

The forum sessions tackled topics ranging from logistics to health to education as well as energy. Other high-ranking guests participating at the forum were Sheikh Khalifa bin Jassim bin Mohamed Al Thani, Chairman, Federation of GCC Chambers and Chairman, Qatar Chamber of Commerce and Industry (Qatar), who highlighted the strategic potential of economic partnerships between Germany and the GCC countries, “The GCC countries are diversifying their economies and offer numerous cooperation possibilities”.