GCC construction projects to expand by 22% in 2014 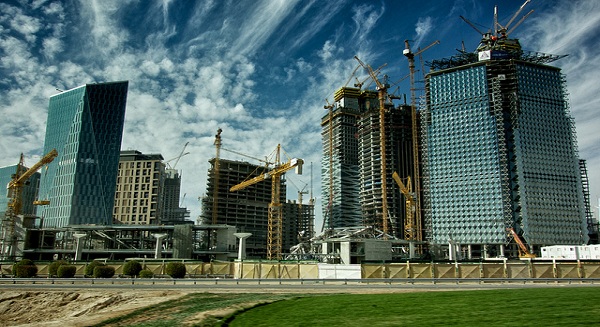 Saudi Arabia is likely to be the highest spender, with $69.62 billion worth of projects set to be awarded, followed by the UAE with $47.16 billion, according to the report produced by Ventures Middle East on behalf of The Big 5 trade show for the building materials industry.

The highest increase in the amount of projects awarded is likely to be in Kuwait, though, where the value of awards is set to grow by almost 150 percent to $27.7 billion – up from $11.17 billion last year. The report described the country as the “emerging star” of the Gulf markets.

“There are a number of projects critical to Kuwait’s economic growth that are either being revived or already underway and due for completion, promising that the growth trend that has emerged since the transition of the government will continue.”

Major projects include a $6 billion expansion of Kuwait City’s international airport, a $7 billion metropolitan transport network and the revival of its causeway project connecting Kuwait City and the dense southern part of the country to the north, including the planned Silk City scheme.

Qatar is also likely to witness a significant increase in contract awards this year as it continues to build its infrastructure in preparation for the 2022 FIFA World Cup. Spending in the country is set to grow by 75 percent in 2014 to $31.66 billion.

The Big 5 takes place at Dubai World Trade Centre on Nov. 17-20 and will be co-hosted alongside the PMV Live and Middle East concrete events.

Meanwhile, the inflation rates across the GCC region ranged between 1.5 percent and 3.4 percent over a 12-month period through May 2014, according to the latest reports by the Statistical Centre for the Cooperation Council for the Arab Countries of the Gulf (GCC-Stat).

The latest inflation figures over the of 12 months period (through May 2014) reveal that Qatar topped the list with 3.4 percent, followed by 2.9 percent in Kuwait, 2.7 percent in Saudi Arabia, 2.1 percent in the United Arab Emirates, 1.9 percent in Bahrain, and 1.5 percent in the Sultanate of Oman.

As for price growth within groups of the general consumer price index in each GCC member state, figures revealed an increase over the 12-month period through May 2014 as follows: Furniture and Household Goods increased by 4.7 percent, 5.2 percent and 7.4 percent in the United Arab Emirates, Kuwait and Oman respectively, while Education in Bahrain increased by five percent. Meanwhile, tobacco prices in Saudi Arabia grew by 6.4 percent, whereas Housing and Energy costs increased in Qatar by 7 percent.

On the other hand, figures showed a decrease in other groups whereby communication in Bahrain showed a 0.6 percent decrease, Communication & Transportation in Saudi Arabia went down by 0.9 percent, Recreation and Culture Category in Oman decreased by 0.8 percent, while prices for Miscellaneous Goods and Services decreased in Qatar and Kuwait by 0.6 percent and 1.5 percent in the same order. The overall figures revealed an increase in prices of Furniture and Household Goods through May 2014 where Oman came first with 7.4 percent, followed by Qatar with 5.4 percent, then 5.2 percent in Kuwait, 4.7 percent in the United Arab Emirates and Saudi Arabia, while prices in Bahrain witnessed a slight increase of 1 percent.