GCC to benefit from US, Europe recovery20 February 2014Next

Brazil to miss 2014 fiscal goal, but could avoid downgrade21 February 2014

G20 should do more to stabilize emerging markets: Russia 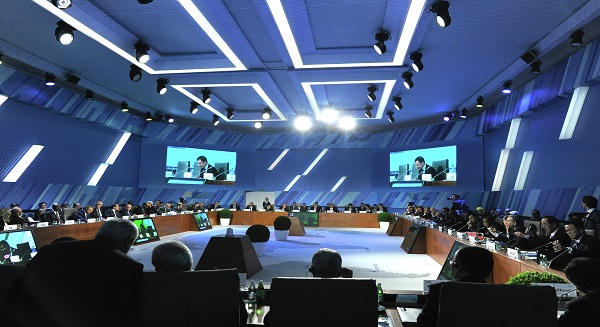 The Group of 20 meeting of finance ministers and central bank chiefs needs to discuss the impact on emerging markets of the U.S. Federal Reserve’s winding back of stimulus, a top Russian central banker said on Friday.

Ksenia Yudaeva, first deputy governor of the Bank of Russia,

told a conference in Sydney ahead of the weekend G20 meeting that more cooperation was needed between global central banks to help stabilize markets.

“One of the agendas that are clear to me that finance ministers and central bankers need to discuss even at today’s meeting and tomorrow’s meeting and throughout this year, is the situation in emerging markets, the reaction of markets to the Fed’s tapering,” said Yudaeva.

Earlier this week, Russia’s central bank warned that investors were likely to steer clear of emerging markets as the U.S. Federal Reserve winds down its monetary stimulus. That will dry up a stream of money that had been flowing into the developing world.

“Clearly it’s a worry for Russia because particularly in the past two months Russia was one of the countries which experienced significant outflow and significant depreciation of its currency,” Yudaeva told Reuters at the sidelines of the event. “We’re thinking about our strategy and how to react.”

The central bank lowered its mid-term economic growth forecasts to below 2.0 percent until at last 2016, in an acknowledgement that Russia’s economy will be sickly for some time.

“We’re worried about the general economic situation, mainly the fact that Russian growth rate has declined quite substantially,” she said.

Yet the central bank was also concerned that inflation was proving too “sticky”, in part because of the depreciation of the rouble.

“This year we set a goal to reduce inflation substantially and we’ll do as much as we can to reach our goal, both this year and the years to come, because this is a medium term strategy,” said Yudaeva.