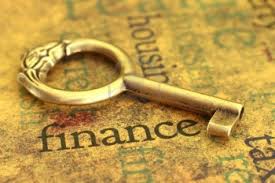 Financial inclusion, a concept that gained its importance since the early 2000s, is a common objective for many governments and central banks in developing nations as it plays a critically important role in poverty reduction, reducing income disparities and increasing economic growth. The concept of financial inclusion has evolved into four dimensions, namely easy access to finance for all households and enterprises, sound institutions guided by prudential regulation and supervision, financial and institutional sustainability of financial institutions, and competition between service providers to bring alternatives to customers.

Islamic finance addresses the issue of financial inclusion in several ways. First, the use of risk-sharing contracts provides a viable alternative to conventional debt-based financing. These risk-sharing financing instruments can offer Shari’a-compliant microfinance, financing for small and medium enterprises, and micro-insurance to enhance access to finance. Second, through instruments which facilitate the redistribution of the wealth. The Islamic financial system leverage on unique redistributive instruments such as Zakat, Sadaqah, Waqf, and Qard al-Hassan. These tools complement risk-sharing instruments to target the lower-income sector of society to offer a comprehensive approach to eradicating poverty and to support more equitable growth. Islamic financial instruments and wealth distribution tools have strong historical roots and have been applied throughout history in various Muslim communities. In addition, Islamic finance provides an alternative for individuals who have refrained from using formal financial services due to Shari’a compliance or ethical issues.

Policymakers in countries with substantial Muslim populations may consider the expansion of the Islamic banking sector as part of a national financial inclusion agenda. The segment has shown resilience in the face of one of the worst global financial crisis in history, amid inherent characteristics such as the avoidance of excessive leveraging and speculative activity. In this regard, Islamic banking could complement conventional banks and thereby help diversify systemic risk. Importantly, as most Muslim countries covered in this study are expected to record strong population and income growth, the demand for financing for the purchase of houses and cars will increase, adding further support to Islamic banks. In addition, the Islamic microfinance sector, which may leverage on distributive instruments such as Zakat and Waqf as sources of funding, is a prominent feature in Islamic finance jurisdictions with a significant low-income population.

This study analyses the role of Islamic finance in improving financial inclusion in the key jurisdictions. Apart from the overall development of Islamic finance, a few key Islamic banking and microfinance products are highlighted. These products may appeal to the population and thus, support usage of formal financial services.

As the formal banking sector in the key jurisdictions continues to grow, a large share of the population in the Africa and South Asia do not have a bank account at formal financial institutions (FIs). Furthermore, borrowings from FIs tend to be low compared to GCC countries and a key emerging market, China. This finding is corroborated by a relatively high degree of borrowing from family and friends.

By region, African countries such as Kenya, Nigeria and Djibouti have established Islamic banks which have benefitted from strong demand from the population. Meanwhile, the central bank of Djibouti has expressly stated that the expansion of the Islamic banking industry in the country has had a positive impact on the usage of financial services. In the next few years, Africa will be home to 7 out of 10 of the world’s fastest growing economies. In light of this trend, Islamic finance industry players have started positioning themselves as an alternative to the predominantly conventional financial system in Africa. As incomes rise, it is likely that the population will demand more deposit and financing products, instead of relying on informal borrowing from family and friends. This will improve support financial inclusion in the region, and industry players must seize these opportunities to improve on product offerings, and to market Islamic financial products to both Muslims and non-Muslims. To support financial inclusion amongst lower income households, the African region may look to the South Asian model of Islamic microfinance, which has supported lower-income households engaged in agriculture and small retail businesses.

In South Asia, Islamic microfinance plays a prominent role in supporting the utilisation for financial services, especially amongst the low-income population. Bangladesh stands out as the country which performs fairly well in banking penetration. Notably, Bangladesh is considered a key country for microfinance. The Rural Development Scheme evolved from a pilot project covering four villages in 1995 to a widely recognized model in poverty alleviation benefiting more than 800,000 people in 2013. In Pakistan, Islamic microfinance institutions such as Akhuwat and the Wasil Foundation serve 400,000 clients. Meanwhile, financial inclusion in Afghanistan has been supported by the budding microfinance sector, which represents 2.6% of Afghanistan’s formal financial sector. In essence, the Islamic microfinance industry has supported financial inclusion in parts of South Asia with lower income populations. These institutions are expanding rapidly, benefitting from government support and donations from members of the public. However, the limited geographical dispersion is an issue, as microfinance institutions typically operate around select areas. For example, the major operations of Akhuwat are mainly around the Punjab region, as most of their donors are from there.

The key market leaders in Islamic finance (Saudi Arabia, Malaysia, UAE, Kuwait, Qatar) have comparatively higher banking penetration rates due partly to the prevalence of Islamic financial services amid relatively high incomes. Perhaps, the next step for these countries is to introduce more innovative Islamic products. It is likely that the population in these countries are fairly progressive and thus, may demand more sophisticated forms of deposits and financing. In addition, nascent growth areas of Islamic fund management and takaful still have significant potential in these countries.

Going forward, the growth drivers for Islamic banking as a mechanism to enhance financial inclusion varies from region to region. In the African region, the existence and growth of Islamic banks allude to strong demand for Shari’a compliant services, amid inadequate supply. Elsewhere, the South Asian nations of Bangladesh, Pakistan and Afghanistan have established a solid Islamic microfinance network which is expected to expand further as economic activity intensifies. And in the more progressive Islamic finance domains, the next step in enhancing access to finance is to further promote Islamic fund management and takaful, as well as more innovative forms of Islamic financing and deposits.