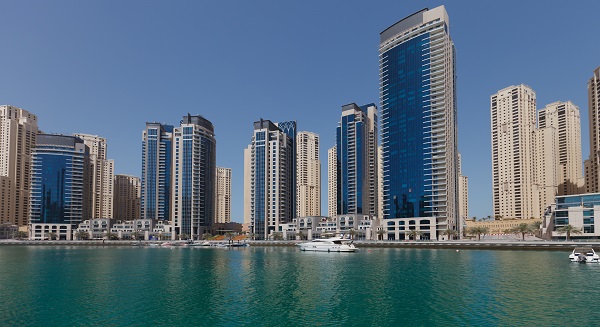 He said, “Wining the Expo 2020 bid is a signal of global trust on the wise leadership of the UAE and its business environment.”

“As the Expo will attract an estimated 25 million visitors, so we are expecting a strong response for Dhs1.2 billion Marina 101 project, which will be ready for handover in 2015,” Khoury said.

“Dubai property market is becoming more mature and all fundamentals are indicating that the emirate’s economy is going in the right direction,” he added.

Sheffield Holdings Limited, a leading developer in the UAE, has announced its participation in the largest real estate event, Cityscape Global 2014. In its 13th recurring year, the event will take place in Dubai from Sept.21st to 23rd, 2014.

As one of the biggest and most anticipated projects in Dubai, Sheffield Holdings Limited hopes to draw further international attention to Marina 101. The tower will house a 5-star hotel, a variety of hotel apartments, three-bedroom residential units and penthouses. Upon its completion, Marina 101 will stand at 425 meters as the tallest tower in Dubai Marina.

During Cityscape Global 2014, the premium three-bedroom apartments will be launched. A total of 60 residential units, spanning over 3,653 square feet each, are designed with a world class finishing.

Abuali Malik Shroff, Chairman of Sheffield Holdings Limited, said, “Cityscape Global is a very important real estate event in the middle east. We see it as an opportunity to offer the investors and end-users a keen insight into Marina 101 as well as a taste of the lavish lifestyle and unique experiences that this project offers.”

Sheffield Holdings Limited has announced that over eighty percent of their Marina 101 project has been completed. The tower, which stands at 425 meters, is poised to be the tallest tower in Dubai Marina and the second tallest tower in the UAE. As construction accelerates towards completion, the expected handover of the hotel is anticipated to be in early 2015. Following the approvals and the certification of its completion, handover of the hotel apartments and residential units will begin accordingly.

Upon completion, the tower will house a total of420 hotel and hotel apartments, 60 three bedroom residential units, eight duplexes and a five-star hotel. The tower will be fully equipped with health clubs and swimming pools on different levels, along with other leisure facilities.