Warning: Creating default object from empty value in /home/customer/www/ebctv.net/public_html/wp-content/plugins/dfd-extensions/redux_framework/ReduxCore/inc/class.redux_filesystem.php on line 29
 Everybody wants a piece of the Islamic finance action – Economics & Business Channel

English
PrevMinimum capital of insurance firms to be raised to OMR10m, says CMA Ch03 March 2014Next

Everybody wants a piece of the Islamic finance action 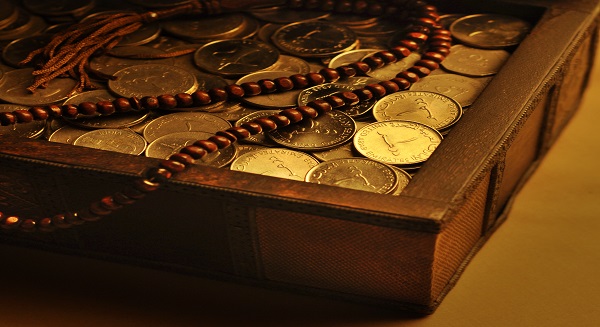 When Fiona Woolf, Lord Mayor of London, visited the Arabian Gulf region in February, Islamic finance was top of her agenda

Last year, the British prime minister, David Cameron, said that he wanted the United Kingdom to be the first sovereign government outside the Islamic world to use sukuk, suggesting he believes it will be an increasingly important part of global finance.

The move reflects London’s effort to compete in the Islamic finance business, which is led by the Arab Gulf states and Malaysia.

The rise of sukuk is driven by customers who want investment and savings products compliant with Islamic law and principles (sharia). Interest is strong in the Gulf Cooperation Council (GCC) member states and in growing economies such as Malaysia and Turkey. For those seeking finance, offering shariah-compliant debt offers access to the large pool of capital in oil-rich countries in the Middle East.

While Islamic principles are at least 1,400 years old, modern Islamic finance emerged after the oil price rise in the 1970s, which transferred wealth to the Gulf energy producers and led to the founding of large Islamic banks. The IMF estimates that the global market for Islamic financial services has risen to US$1.46 trillion in 2012, with corporate banking and sukuk products developing fast.

Sukuk in Arabic is the plural of sakk, a certificate showing ownership of an asset. The Ottoman Empire is believed to have first issued a sukuk in 1775, when it borrowed money against future income on tobacco customs levies.

Islamic law prohibits the payment of interest. Instead, those who invest in sukuk – for example, to help fund the building of an airport – gain a share in owning the asset and so are entitled to a share in the airport’s revenues. Once the sukuk is issued, it can be traded on local capital markets.

The need for large investment in infrastructure – roads, railways, ports and housing – offers opportunities, notably in Asia and emerging markets in general.

Since Malaysia began issuing sukuk in 2000, they have grown in importance, while they are also becoming popular in Saudi Arabia and the United Arab Emirates, particularly Dubai. Recent entrants to the market include Kazakhstan, Egypt and Turkey, which could become a big market because of its need for infrastructure.

Like all financial services, Islamic finance needs an appropriate supervisory framework, and legislation is often the first step towards opening a new market. Financial institutions also need to ensure they have sufficient sharia expertise and advice to develop appropriate products.

First, it is becoming part of normal retail and corporate banking in core Islamic countries, such as Saudi Arabia, where its share of the banking market has doubled in recent years to more than 50 per cent. The current market dynamics in the Gulf are favourable.

Second, its growth appeals to other markets, particularly in the Muslim world, where borrowers are attracted by the prospect of cross-border flows from the Gulf countries.

The third driver is innovation. Two years ago, the sukuk market was limited and bonds were mostly restricted to five years or less. Now there are longer-term offers, perpetual bonds, and “hybrid capital” issues allowing a mix of debt and equity.

Since 2008 Malaysia has led global sukuk issues, followed by Saudi Arabia and the UAE. Dubai aims to become the global “capital of the Islamic economy” and also to expand in takaful (Islamic insurance).

London is targeting cross-border flows, helped by its scale as a financial centre and its legal system, which is recognised internationally. Sukuk issues on the London Stock Exchange have raised more than US$49 billion.

For some, using sukuk is a matter of principle, for others the question is pragmatic; they will do so if the terms are better than for a conventional bond. During the global downturn in 2008, sukuk issues hit a low. But they have recovered strongly, rising from US$19.5bn in 2008 to US$42.8bn in 2013. Issuance since 2008 is US$196.8bn.

Looking forward, the Islamic Economy is developing quickly. From finance to entertainment, to food, fashion and family travel, the growth of an economy that adheres to faith-based values is growing in importance. Taken together, the world’s Islamic economies currently represent more than US$8 trillion in GDP with a large (1.6 billion), young (average age 24) population growing at twice the rate of the global population. As consumption drives increased trade and economic links between these countries and the Islamic economy grows, new opportunities will require financing.

Greater availability of sukuk offers more choice to companies and investors and allows issuers to offer products tailored to specific needs. This has underpinned the growth of the market both inside and outside its core countries.

Mohammed Dawood is global head of sukuk financing at HSBC