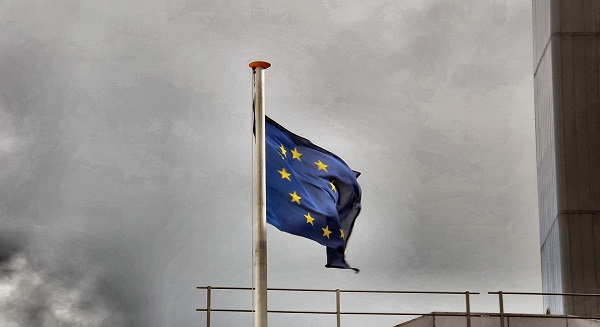 European equities ended slightly lower on Friday, with Telecom Italia leading the telecoms sector down on concerns of a capital hike by the Italian company and Volvo hurting industrials after reporting a sharp drop in profits.

The telecom operator fell 6.4 percent, pushing the European telecoms index 1.0 percent lower to the bottom of sectoral performers and Italy’s FTSE MIB 1.5 percent down, as traders said the indebted group was set to decide to sell more shares and cancel its dividend.

The market also felt some pressure from weaker industrials, with the sector index falling 0.4 percent, led lower by a 6.6 percent drop in Volvo after the truckmaker reported a sharp drop in profit.

“The earnings season will continue to inject volatility in the market in the near-term as results of the companies exposed to emerging markets could disappoint because of currency-related issues,” said Koen De Leus, senior economist at KBC.

“Recent economic numbers have also made investors a bit nervous. But the market’s medium-tern outlook remains positive as the U.S. Federal Reserve is not likely to start trimming its bond purchases until the first quarter of 2014.”

However, losses in the stock market were capped by a 0.8 percent rise in the oil and gas index, helped by a 3.8 percent gain in Premier Oil after it commenced gas production from the Rochelle field, and a 1.1 percent rise in Neste Oil following a target price hike by Barclays.

The pan-European FTSEurofirst 300 index closed 0.1 percent lower at 1,284.76 points, but rose 0.6 percent this week to register a third straight week of gains after hitting a five-year high earlier this week. Germany’s DAX rose 0.1 percent on Friday after hitting a new record high.

Analysts said the market’s near- to medium-term outlook hinged upon the third quarter earnings reports and macroeconomic numbers, both recently showing mixed results.

According to Thomson Reuters StarMine data, 27 percent of the companies on the STOXX Europe 600 have announced results, of which 57 percent have met or beaten predictions, compared with 62 percent in the full third quarter last year.

Barclays said in a note that earnings estimates on the pan-European STOXX 600 index were falling at an increasing pace, with aggregate downgrades rising from 26 basis points to 52 basis points in the last week.

Sentiment has been bruised by expectations that a two-week U.S. government shutdown this month will hit growth in the world’s biggest economy, while an unexpected fall in the German Ifo business climate index on Friday cast some doubt about the strength of the recovery in the euro zone.

“We have come quite far (on equity markets) and the earnings are relatively mixed as they are coming out. We are slightly cautious going into the year-end,” said Gautam Batra, chief investment officer at Signia Wealth.